Three students and their school bus driver died on the spot and eight students were rushed to the local civil hospital. 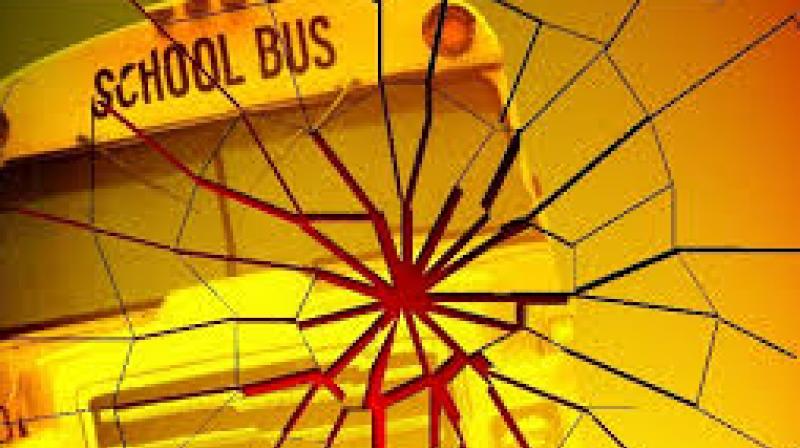 Hoshiarpur: Four persons, including three students, on Friday were killed while 10 others were injured when a school bus collided head-on with a jeep near Singhpur village, 75 km from here, police said.

The incident occurred around 8.30 AM when over 20 students of Cambridge International School were on their way to the school and the bus collided head on with a potato-laden jeep coming from opposite direction, they said.

Three students and their school bus driver died on the spot while the 10 injured, including eight students, were rushed to the local civil hospital, police said.

Surbhi, her brother Anirudh, Tanish Sharma, all residents of Talwara town, and bus driver Ranjit Singh, a resident of Dehpur were killed in the mishap, police said.

Shivani Thakur, Shivangi Thakur, helper Priya and Rakesh Kumar, and another student were critically injured in the mishap, police said.