India   All India  07 May 2017  Muslim reformists fight to be heard, say triple talaq must go
India, All India

Voices from the Muslim community are eager to make a point that oral triple talaq undermines the dignity of women and has no place in Islam. 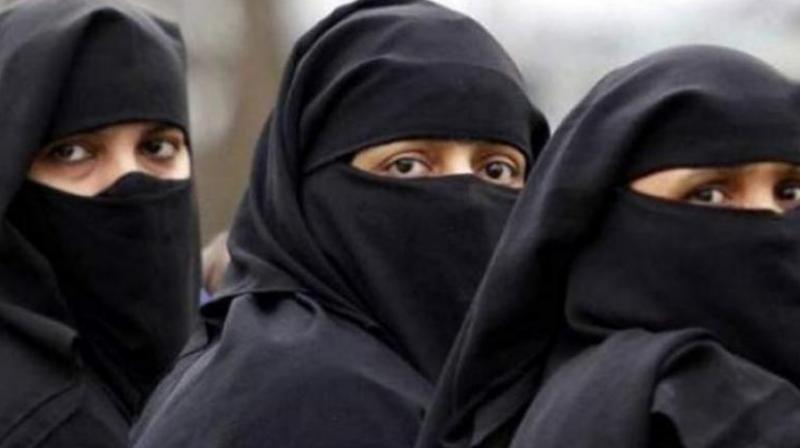 The dominant All India Muslim Personal Law Board (AIMPLB) which says the Shariat upholds the validity of triple talaq is being challenged. (Representational Image). Photo: File.

New Delhi: A well-established Muslim group believes that the Sharia upholds the validity of triple talaq, a controversial practice under which a Muslim can divorce his wife by merely saying talaq three times.

Not everybody in the community agrees. Voices from the Muslim community are eager to make a point in these increasingly polarised times that oral triple talaq undermines the dignity of women and has no place in Islam.

The dominant All India Muslim Personal Law Board (AIMPLB) which says the Shariat upholds the validity of triple talaq is being challenged, not just by women determined to fight back against the arbitrary termination of their marriages but also by scholars and other Muslim sects.

The Shariat, say scholars from the Shia and Bohra schools of Islam among others, is made up of writings in the Quran and Hadith which are accounts of the Prophet's words and actions.

It does not allow talaq at one go, they say, underlining the need to recognise the multiplicity in customs, practices and jurisprudence in Islam. As the Supreme Court readies to hear a clutch of petitions on the issue from May 11 and the issue acquires aggressive political overtones, the All India Shia Personal Law Board (AISPLB) is pitching for a strict law.

"The need of the hour is to enact a strict law that is similar to the anti-sati law to prevent any muslim woman from getting victimised and ensure that the culprit is punished. In the Shia community, there has never been any place for triple talaq in one go," AISLB spokesman Maulana Yasoob Abbas said.

Bohra scholar Irfan Engineer added that triple talaq was un-Islamic but the Centre should not attempt to claim political mileage over the issue.

"The issue is directly related to the dignity of Muslim women, but the government should leave it to the Supreme Court and not attempt to get political mileage," he said.

Salim Rizvi, a leader of the Shia community, was equally emphatic. "We don't believe in triple talaq and this is not practised by people in the Shia community." Criticising the AIMPLB for appropriating the voices of all Muslims, Asad Reza, former editor of the Urdu daily Roznama Rashtriya Sahara, said this was purely an issue of male domination like in any other religion.

"It has no mention in the Quran and is a direct assault on the dignity of women." The strength or reach of the voice of the reformists, however, remains to be seen. According to rough estimates, Shias constitute about 15 per cent of the 17 crore Muslims in India while there are just five lakh Bohras, a sub-sect.

About 85 per cent Muslims are Sunnis, who dominate the AIMPLB. The triple talaq issue came to the fore in February last year when Shayara Bano, divorced through the practice, petitioned the Supreme Court for a ban. She also asked for a ban on polygamy and nikah halala, under which a divorced Muslim woman has to marry again, consummate the marriage and then break it if she wants to go back to her first husband.

Thousands of Muslim women across the country have since formed pressure groups and spearheaded signature campaigns demanding that triple talaq be abolished.

"All personal laws are gender-biased. And it isn't only about triple talaq. The Muslim personal law is problematic in terms of divorce, property rights, inheritance, and adoption rights. Our point is that triple talaq is unconstitutional. We are not bothered about whether the Quran sanctions it or not," said Hasina Khan, founder-member of Bebaak Collective, one of the petitioners in the case.

She added that while 22 Islamic countries had abolished the practice, the ban 'did not necessarily' translate into equality for women.

"Our laws have to be gender-just. The court should also look at it from a secular perspective," said Khan. Experts point out that Islam views marriage as a civil contract based on consent, unlike Hinduism, for instance, where it is a sacrament. At the core of the controversy is the dispute over the forms of dissolution of that contract.

Under 'talaq-ul-sunnat', there has to be a three-month period called 'iddat' between the husband pronouncing talaq and lawful separation; 'talaq-e-bidat' authorises a man to do so in a single sitting.

"To get a divorce, Shias have to go through three sittings with a month's gap between them. This gives enough chance for reconciliation of the couple. The Sunnis must find a solution which protects the dignity of women," he said.

Maulana Syed Ataur Abba Rizvi, a prominent Muslim cleric representing the Shia community, appeared more guarded in his views. "We are against any interference of the government into our personal laws such as triple talaq. But steps should be taken to stop its misuse," he said, sounding more in tune with the AIMPLB's stance.

Reports, based on a perusal of 2011 Census data, shows that the average rate of divorce among Muslims is lower than that of other communities. There is no separate data on the victims of triple talaq.

But analysis of the data reveals that the difference between the numbers of female and male divorcees is the highest in the community, suggesting that Muslim men tend to remarry more quickly than women of the community.