India   All India  07 May 2017  Naxals release clip of guerrilla training
India, All India 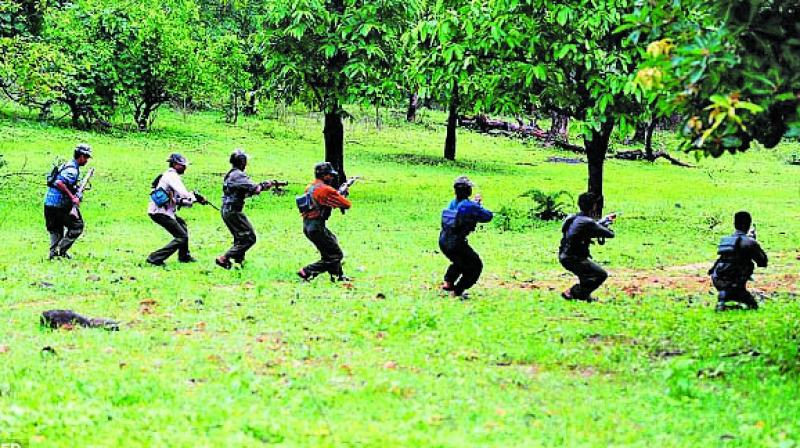 The video clip suggested that the training camp was set up inside a dense forest in Bastar, since the participants were heard talking in Gondi and colloquial Hindi dialects.

Bhopal: Maoists have released a video clip in which rebel cadres were seen receiving training on guerrilla warfare.

The 2.16 minute-footage, released in the wake of preparations by security forces to launch a major offensive against Left-wing insurgents in South Bastar district of Sukma, has been shot in an undisclosed forested area where Maoists ran their training camp.

The video clip suggested that the training camp was set up inside a dense forest in Bastar, since the participants were heard talking in Gondi and colloquial Hindi dialects.

Significantly, the ultras in the camp appeared relaxed while receiving training as if it was their routine job.

Incidentally, the video clip has surfaced at a time when security forces have begun preparations to launch a massive counterinsurgency exercise against the rebels in the latter’s stronghold in south Bastar in Chhattisgarh.

“We have seized the video clip. We are trying to identify the location where the video was shot. Prima facie it seems the footage was taken somewhere in a densely forested area in south Bastar”, a senior police officer posted in Bastar told this newspaper on Saturday requesting anonymity.

However, the police officer said it might be a ploy by the Maoists to demoralize the security personnel by releasing such a video. “It is a part of psychological warfare by rebels”, he said, adding, Maoists resorted to such tactics whenever security forces geared up to launch offensive against them.