The CRPF issued an order on May 4 directing the immediate transfer of the command headquarters of the central zone of the paramilitary. 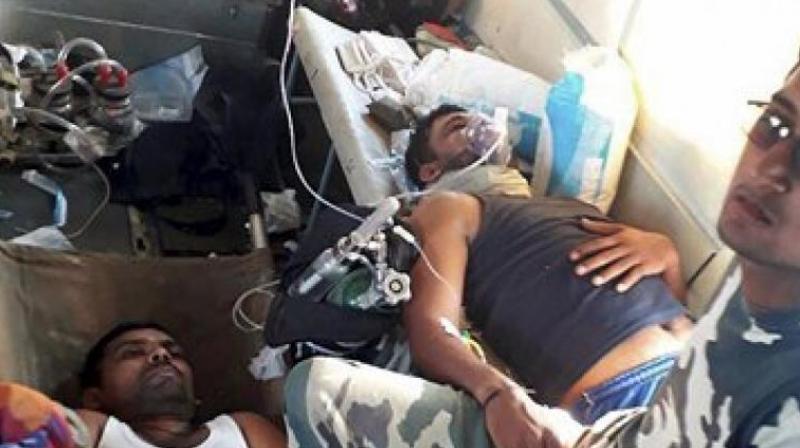 New Delhi: The strategic anti-naxal operations command headquarters of the CRPF has been shifted from Kolkata to right into the heart of the Naxal violence hit state of Chhattisgarh by the Centre in the wake of 37 men of the paramilitary being massacred by Naxals in a span of less than two months.

The CRPF issued an order on May 4 directing the immediate transfer of the command headquarters of the central zone of the paramilitary, roughly seven years after it was shifted from Raipur to Kolkata owing to 'logistical and connectivity issues' that gave the West Bengal capital an upper hand over its Chhattisgarh counterpart.

The newly appointed CRPF Director General Rajeev Rai Bhatnagar has been asked to ensure that the command begins functioning from Raipur before the high-level meeting of LWE hit states on Monday.

Additional Director General of the central zone of the CRPF Kuldiep Singh was immediately air dashed to Raipur from Kolkata along with the headquarter transfer orders and the IPS officer has taken charge of the command in Raipur on Friday, the sources said.

The central zone, an operational field formation, was raised on August 7, 2009 and was tasked to oversee the CRPF troops deployment across the entire 'red belt' of the Left Wing Extremism hit states from West Bengal to Jharkhand, Bihar, Chhattisgarh, Odisha, Madhya Pradesh and Uttar Pradesh.

It was moved to Kolkata in July 2010 for want of better connectivity through rail and air transport for the command office, days after the Dantewada ambush where Naxals had carried out their biggest attack against security forces and brutally killed 75 CRPF men and a Chhattisgarh police jawan on April 6.

Top sources in the security establishment said the Union Home Ministry, after reviewing the April 24 Naxal ambush in the Sukma district that killed 25 CRPF men, ordered the Central Reserve Police Force (CRPF) to immediately shift the central zone command of the force to Raipur, without even bothering for the basic logistics to be put in place.

"The idea is to base the Naxal command headquarters where the exact fight and the LWE challenge is.

"The ministry felt that having this strategic office, headed by an ADG rank officer, in far off Kolkata was not serving the purpose of strategising quick, intelligence-based and coordinated offensives against Naxals right where the guerrillas are posing the biggest threat to the internal security of the country," a senior officer said.

The command office has been tasked to convene meetings and strategies joint operations with the Indian Air Force, the Border Security Force, the Indo-Tibetan Border Police force and various state police forces to carry out special anti-naxal offensives along the southern border tip of Bastar where Sukma's border meet four neighbouring states that too suffer from the LWE menace.

They said DG Bhatnagar himself oversaw the quick activation of the command from the ground in Raipur after he attended a meeting of the Unified Command on LWE on May 5 that was chaired by Chief Minister Raman Singh.

He later moved to Sukma to take an on-spot assessment of the ambush site near Burkapal and held a 'sainik sammelan' (troops meeting) to boost the morale of his men at a CRPF camp in the jungles of the district in south Bastar, few kilometres from the state's border with Odisha, Maharashtra, Andhra Pradesh and Telangana.

"Over the last two days, the new CRPF DG has travelled to the interiors of Sukma and Dantewada, the two worst LWE violence districts in the state. He also visited the ambush site in Bheji in Sukma where Naxals had killed 12 jawans on March 11," a senior officer said.

The urgency of shifting the CRPF command office in a matter of few days after the deadly Naxal attacks can be gauged from the fact that the transfer orders of the headquarter stated that it should be activated quickly by deploying 'necessary support staff' and bare minimum facilities in the office of the sector Inspector General of the CRPF in Raipur.

The full facilities for this largest field formation of the paramilitary could be created over the next few weeks time, the order said.

The central zone has jurisdiction and deployment of troops over about 42 per cent of the geographical area of the country from the Bay of Bengal in the east to Madhya Pradesh in the west and from the international border with Nepal in the north to Odisha in the south.

It is also designated as the lead security force for conducting anti-Naxal operations.