India   All India  07 May 2022  7 charred to death after fire breaks out in Indore residential building
India, All India 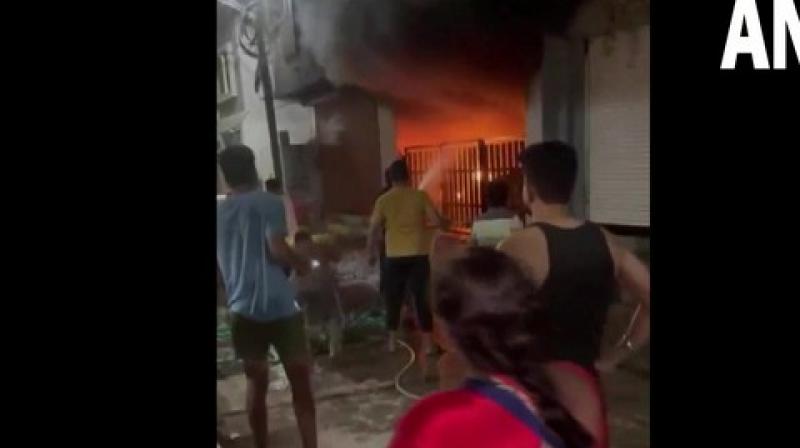 A short circuit in the electric metre ignited the fire which engulfed the vehicles in the parking of the residential complex before taking an awful turn, police said. (ANI)

Indore: Seven persons were charred to death after a massive fire broke out in a double storey building in Indore's Swarna Bagh Colony in the early hours of Saturday, police said.

According to preliminary information the blaze is suspected to be have triggered by a electric short circuit inside a house, Indore Police Commissioner Harinarayan Chari Mishra who was present at the site told ANI.

The Police Commissioner said, "Seven people have died and nine people have so fare been rescued by officials present at the spot."

A fire department official said: "The fire might have started due a short circuit. It took us three hours to bring the fire under control."

A short circuit in the electric metre ignited the fire which engulfed the vehicles in the parking of the residential complex before taking an awful turn, Vijay Nagar police station inspector Tehzeeb Qazi told PTI.

The fire has been brought under control and a detailed investigation was on, Qazi said.