India   All India  07 Jul 2018  J&K: Teenage girl among 3 killed during clashes with security forces in Kulgam
India, All India

J&K: Teenage girl among 3 killed during clashes with security forces in Kulgam 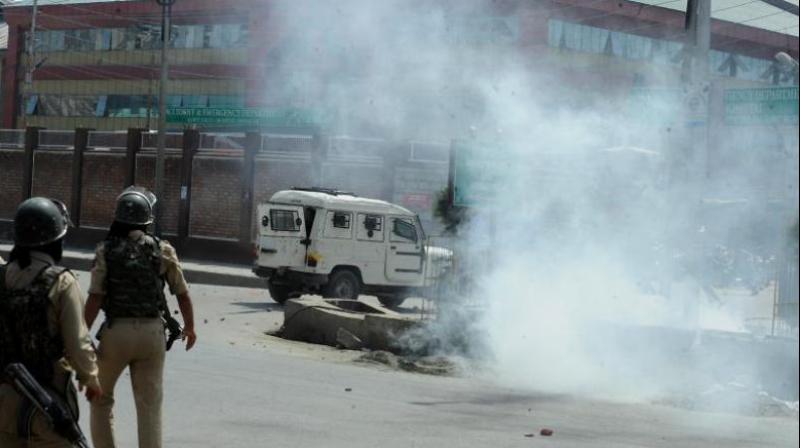 Srinagar: A teenage girl was among the three civilians killed in firing by security forces during clashes with stone-pelting protesters in Kulgam district of Jammu and Kashmir on Saturday.

According to reports, the girl has been identified as Andleeb and the other two civilians were Shakir Ahmed Khanday and Irshad Majeed.

The civilians died of their injuries in hospitals after clashes in Redwani village broke out where the Army was on a survey.

Police said security forces were used to disperse the protestors in which three people died.

Following the killings of civilians, protesters blocked roads in different parts of south Kashmir and Internet was suspended in the region.