Akbar said he was not aware of an article written by his former colleague Ruth David, accusing him of sexual harassment. 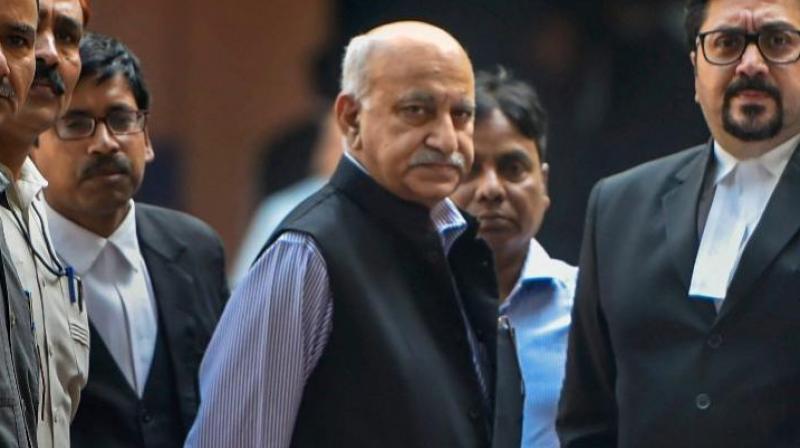 New Delhi: The cross-examination of former Union minister M.J. Akbar concluded on Saturday before a Delhi court in a criminal defamation case filed by him against scribe Priya Ramani, who has accused him of sexual misconduct in #MeToo campaign. He continued to deny the allegations like he did in last cross-examination on May 20.

During his cross-examination by senior advocate Rebecca John, appearing for Ms Ramani, Akbar was questioned about the allegations made by other women journalists, who had also accused him of sexual misconduct while they were working with him.

While he termed as “misunderstanding”, the allegations made by Majlie De Puy Kamp, who worked with him as an intern, Akbar said he was not aware of an article written by his former colleague Ruth David, accusing him of sexual harassment.

He changed his statement on the allegations by US journalist Majlie de Puy Kamp. At the last hearing, he admitted her father had sent him an email about him allegedly harassing her, when she was an intern at Asian Age in 2006-07, that the two men amicably resolved the whole thing, and that it was simply a misunderstanding. Today, he said he doesn’t remember any such email exchange.

“I am not aware nor have I read any articles written by Ruth David recounting instances of sexual misconduct on my part. If any article is written, the allegations are denied,” he told additional chief metropolitan magistrate Samar Vishal. Akbar, who had resigned as minister on October 17 last year, following the allegations levelled during the campaign, said that prior to filing the complaint against Ramani, he was aware that several other women had made allegations against him but he did not file any complaint of defamation against any other person, international or Indian publication.

However, he said he was not selective in filing this complaint against Ramani in order to target her. He said that Ramani’s tweets used language that was deeply offensive, maligning, in bad faith, and a web of fabrication spun out of the lies. He also said that the allegations in Ramani’s articles were false. The court will now take up the matter on July 15. Akbar filed a private criminal defamation complaint against Ramani.