As part of fire-fighting efforts, the ruling coalition flew 10 MLAs, who have ‘resigned’, to Mumbai. 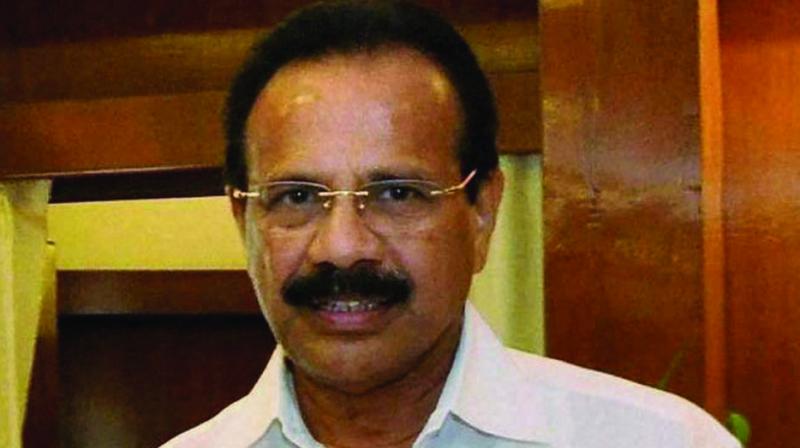 Bengaluru: In a move that virtually spells the end of the shaky 13-month-old Janata Dal (S)-Congress coalition Karnataka government if not the coalition itself, three JD(S) and nine Congress MLAs resigned from the Assembly, catching the leadership of both the Congress and the JD(S) by surprise on Saturday.

While the resignations are yet to be formally accepted by Speaker Ramesh Kumar, 10 disgruntled MLAs were flown to Mumbai by coalition strategists in a bid to convince them to reconsider their decision.

To questions on the future of the government, the Speaker said, “Let’s wait and see, I have nothing to do with it... Whether the government will fall or survive, it will be decided in the Assembly...”

Mr Kumar, who was not in his office when the legislators went there on Saturday, is likely to take up the matter on Tuesday.

The drama unfolded a day before chief minister H.D. Kumaraswamy’s return from a holiday in the US on Sunday evening. Unconfirmed reports suggest that a Cabinet meeting scheduled for Tuesday could be advanced to Monday evening to recommend dissolution of the Assembly. The monsoon session of the Assembly is scheduled to commence on July 12.

The three senior JD(S) legislators who resigned are A.H. Vishwanath who had been replaced as the state unit president only days before, JD(S) senior vice president and Mahalaxmi Layout MLA K. Gopalaiah and Narayana Gowda. Those from the Congress who resigned include former minister R. Ramalinga Reddy, who is upset over being denied a berth in the Cabinet, former minister Ramesh Jarkiholi, who made way for his sibling Satish Jarkiholi in a reshuffle in December 2018, Mahesh Kumathalli, Pratapgouda Patil, Munirathna, Bhairati Basavaraj, S.T. Somashekhar, Shivaram Hebbar and B.C. Patil.

Anand Singh, the Vijayanagar MLA, had resigned earlier this week. Till now, 13 MLAs have quit the Assembly.

The state’s political crisis, brewing since the BJP swept the parliamentary polls in the state in which the Congress and the JD(S) managed to win just one seat each out of the 28 Lok Sabha constituencies, deepened after a the group of MLAs reached the Speaker’s office on Saturday to put in their papers and later met governor Vajubhai Vala at the Raj Bhavan.

Sources said as soon as the legislators submitted their resignation letters in the Speaker’s office, Congress leader Rahul Gandhi called up CLP leader Siddaramaiah but the latter remarked, “I am very sorry, the situation is beyond my control.”

Throughout the day there was confusion over the number of MLAs who resigned on Saturday.

Soon after meeting the governor, Mr Vishwanath told the media that 14 legislators resigned on Saturday. Sowmya Reddy, whom he also counted, did not resign.

Assembly secretariat sources said a total of 13 MLAs have put in their papers, including Mr Singh who submitted his resignation to the Speaker earlier this week.

Mr Vishwanath accused the coalition government led by Mr Kumaraswamy of failing in its duty and denied that the BJP was behind the revolt.

“The government failed to coordinate with the MLAs... and take them along. It has also failed to live up to the expectations of the people,” he said.

On the charge that the BJP was trying to poach MLAs to destabilise the government through “Operation Lotus (BJP’s poll symbol)”, he said it is “a figment of your imagination”.

“There is no BJP angle to it. We are all seniors. No operation can happen... we are resigning voluntarily against the apathy of the government,” he said.

In a release, BJP state president B.S. Yeddyurappa said, “Me and my party have nothing to do with the developments in other rival parties. I have heard through media that Congress and JD(S) legislators have resigned from their Assembly seats.”

“We are in no way related to the resignations of these MLAs… the govt seems to be collapsing under the weight of its own contradictions,” he said.

BJP leader D.V. Sadananda Gowda, said, “ If the governor calls us, certainly we are ready to form the govt. We are the single largest party, we have got 105 people with us.”

Meanwhile, Congress general secretary (organisation) K.C. Venugopal who is also the Karnataka in-charge rushed to Bangalore on Saturday morning to try and salvage the situation. Senior Karnataka leader Mr Kharge is likely to leave for the state early morning.