The BSF has increased the deployment of night camera tractors and speed boats to prevent animal trafficking before Eid. 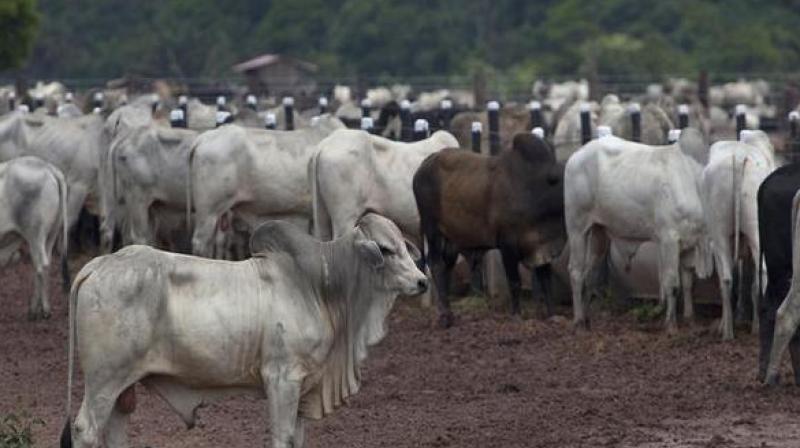 Kolkata: Apprehending a rise in cattle-smuggling across the India-Bangladesh border this month, the Border Security Force has deployed "additional" troops with weapons, gadgets and equipments in its South Bengal Frontier of West Bengal. The step comes after the BSF found 'Cattle Haats' near the border on the Bangladesh side.

The BSF (South Bengal Frontier) said that every year, incidents of animal trafficking increase along the Indo-Bangladesh international border before Eid-ul-Azha. This year, Eid-ul-Azha will be celebrated in Bangladesh on 31 July.

"It has been learned from reliable sources that the process of licensing 'Cattle Haat' in the border area of ​​Bangladesh is going to be completed soon. In these 'Cattle Haats', most of the cattle which are smuggled from India are brought in. They are traded. The price of cattle in Bangladesh has increased significantly during this time of the year.  At present, a buffalo of large size which is available in India for Rs 50,000 is priced in Bangladesh at about Rs 1,50,000 and a bull of large size is worth about Rs 80,000," the BSF said.

In the most vulnerable Border Outposts such as Neem Teeta, Harudanga, Madanghat, Sovapur etc. in Malda and Murshidabad districts, additional troops and resources have been deployed.

Battalions deployed in Malda and Berhampore sectors, the BSF added, are prepared to thwart the cross-border smuggling of cattle.

The BSF has increased the deployment of night camera tractors and speed boats to prevent animal trafficking before Eid. It has allowed its soldiers to use non-lethal weapons but also effectively use force if needed.

So far in 2020, 16 personnel of BSF South Bengal Frontier have been injured in various scuffle with trans-border criminals.

Temporary fencing/blockages have been placed at the border which does not have proper fencing. Trenches have been dug at the usual places where there are attempts of forced smuggling of cattle in large numbers.

The Border Security Force has made arrangements for joint operation with the local police. Units of the BSF have set up temporary camps on both sides of the ghats, which are used for dropping cattle into the rivers near the border crossing.

"Trans-border crimes will be stopped at the border at any cost and if criminals take up the law into their hands, then strict action should be taken against them under the law.  Where jawans will be required to fire for their life, suitable and effective firing will be done. Non-lethal weapons will be used as appropriately as per the law of the land," the BSF said.