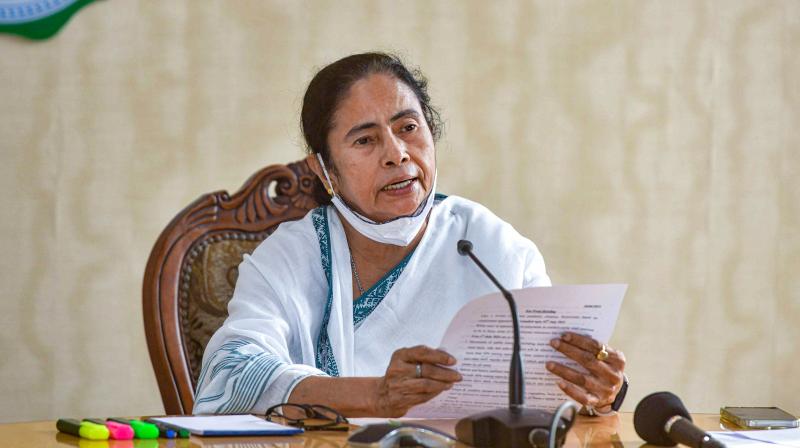 Justice Chanda had on June 24 reserved order on Banerjee's application that the judge recuses himself from hearing her election petition apprehending bias on his part. (PTI)

Kolkata: Justice Kausik Chanda of the Calcutta High Court Wednesday recused himself from hearing West Bengal Chief Minister Mamata Banerjee's petition challenging the election of Suvendu Adhikari from Nandigram, while imposing a cost of Rs 5 lakh on her.

Observing that a deliberate and conscious attempt was made to influence his decision before the recusal application was placed before him, Justice Chanda imposed the cost for the manner in which the recusal was sought and directed that the amount be deposited to the Bar Council of West Bengal within two weeks.

"Such calculative, psychological and offensive attempt to seek recusal need to be firmly repulsed and a cost of Rs. 5 lakh is imposed upon Petitioner," he said in the order.

Justice Chanda had on June 24 reserved order on Banerjee's application that the judge recuses himself from hearing her election petition apprehending bias on his part.

As the judge released the election petition from his court, the matter will now be referred to Acting Chief Justice Rajesh Bindal for assigning it to a different bench.

Seeking his recusal, it was claimed that Justice Chanda was an active member of the BJP till his appointment as the Additional Solicitor General of India in 2015 and since the election of a BJP candidate was challenged, there were apprehensions of bias in the adjudication of the election petition.

Justice Chanda had said that he was never a convenor of the BJP Legal Cell, but had appeared in many cases representing the party before the Calcutta High Court.

Banerjee's counsel had earlier written to the Acting Chief Justice of the high court seeking reassignment of her election petition to another bench.