'The BJP not only wants a Congress free India, but they want to remove the SC and ST reservations and wants a minority free House,' he said. 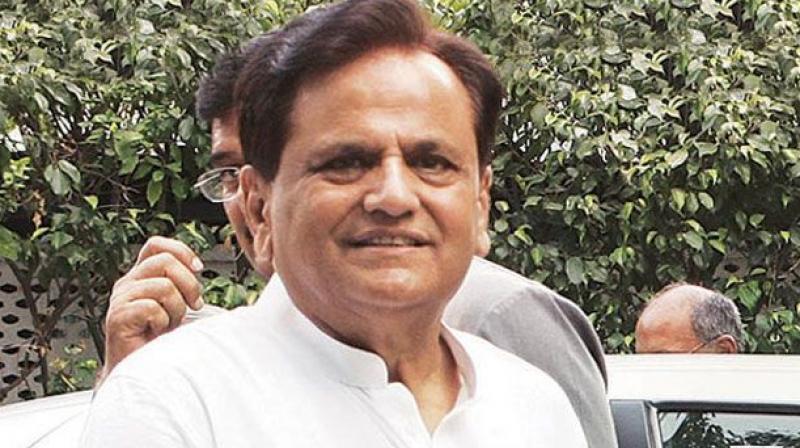 Senior Congress leader Ahmed Patel, who is contesting for a Rajya Sabha seat from Gujarat, said he trusts his MLAs completely. (Photo:

Ahmedabad: Senior Congress leader Ahmed Patel, who is contesting for a Rajya Sabha seat from Gujarat, on Monday said he trusts his party MLAs commitment, adding he will definitely win the elections by defeating the Bharatiya Janata Party (BJP).

"I trust my MLAs completely. Our MLAs are very committed as they did not leave even their homes on the occasion of Rakshabandhan, although we were keen to make every possible arrangement. They are not ready to go anywhere because they want to cast their votes first. I am going to win and BJP's one candidate will lose," Patel told media.

He added that the Nationalist Congress Party (NCP) has also announced its support towards him.

"The BJP not only wants a Congress free India, but they want to remove the SC and ST reservations and wants a minority free House," Patel said.

Meanwhile, the NCP on Monday said it will support Congress in the Rajya Sabha polls in Gujarat.

Talking to ANI, NCP leader Majeed Memon said their party president Sharad Pawar has made it extremely loud and clear that they are going to support Congress candidate Ahmed Patel, who is contesting for a Rajya Sabha seat.

However, earlier in the day, Gujarat Chief Minister Vijay Rupani expressed confidence that the BJP will win all three seats and Congress' Ahmed Patel will lose in the upcoming Gujarat Rajya Sabha elections.

"The BJP will win three seats and Ahmed Patel will definitely lose," he told the media.

He further said at a time when people are dying due to floods, the Congress MLAs are hiding in resort.

At least 44 Gujarat Congress MLAs were camping at a resort in Bengaluru since July 29 to prevent their possible poaching by the ruling BJP ahead of the Rajya Sabha elections.

"People are dying in flood and MLAs are enjoying in resort. Their (Congress) MLAs are not under their control. They don't trust them," he added.

As soon as the MLAs landed at the state capital they were taken to the Neejanand Resort in Gujarat's Anand district, located 77 km from Ahmedabad.

The Gujarat Rajya Sabha election is slated to be held on Tuesday for three seats.