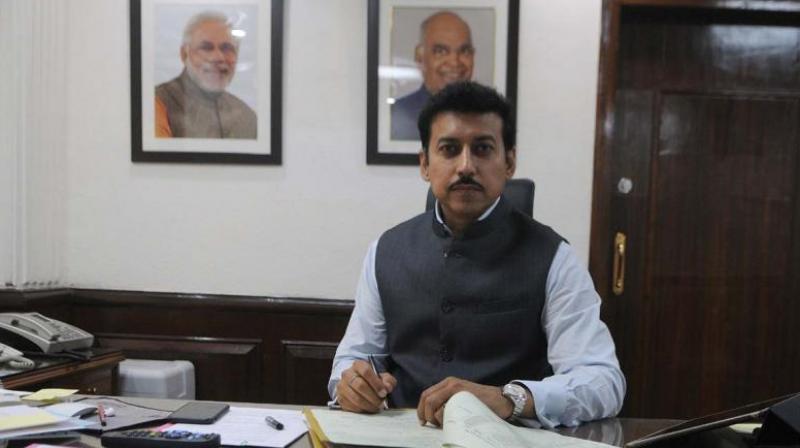 New Delhi: The Union information and broadcasting minister Rajyavardhan Rathore hit out at Congress MP Shashi Tharoor for his remarks on the Prime Minister Mr. Narendra Modi. Mr. Rathore said, “Shashi Tharoor insults the proud cultural heritage of the people of NorthEast. This condescension and arrogance towards the people of India has become hallmarks of the Congress.”  Mr Tharoor had landed himself in a fresh controversy with remarks about Prime Minister Narendra Modi donning ‘outlandish headgear’ but refusing to wear a Muslim skull cap.

Speaking at an event Mr Tharoor had said, “I ask you, why does our prime minister wear all sorts of outlandish headgear wherever he goes around the country or around the world?

“Why does he always refuse to wear a Muslim skull cap?” He further added, “You see him (the PM) in Naga headgear with feathers. You have seen him in various kinds of extraordinary outfits which is a right thing for a prime minister to do. Indira Gandhi has also been photographed wearing various kinds of costumes. But why he still always says no to one?”

Responding to the Union minister, Mr Tharoor tweeted back saying,  “Dear Rajyavardhan, you know better: I was obviously referring to the ceremonial head dress offered to visiting dignitaries, not daily wear. But you’re sidestepping the point: when the Prime Minister wears all types of headgear...why does he avoid just one?