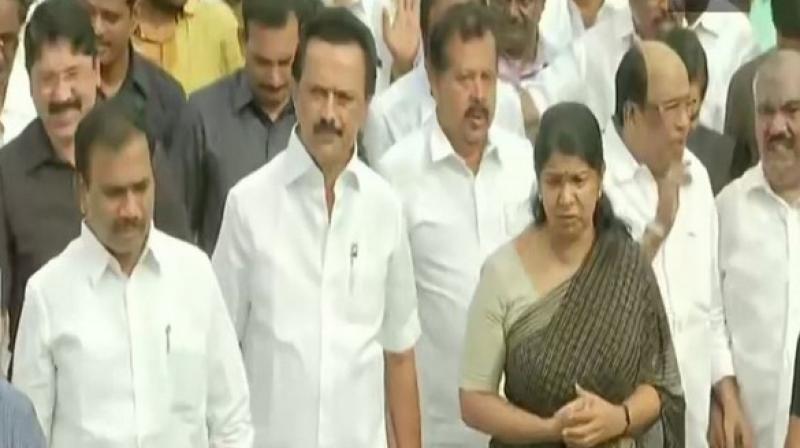 Party cadres carried a colossal garland picture of the late leader during the procession. (Photo: ANI)

Chennai: DMK president M K Stalin along with DMK MP Kanimozhi and other leaders of the party, participated in the procession to the memorial of the party patriarch late M Karunanidhi at Chennai's Marina beach, on his first death anniversary today.

Party cadres carried a colossal garland picture of the late leader during the procession.

Stalin who contested his first major elections after his father, M Karunanidhi's death last year vindicated himself by winning 37 out of 38 parliamentary seats in Tamil Nadu.

Karunanidhi, who was Tamil Nadu's longest-serving chief minister, breathed his last in August last year at the age of 94 after a period of prolonged illness.