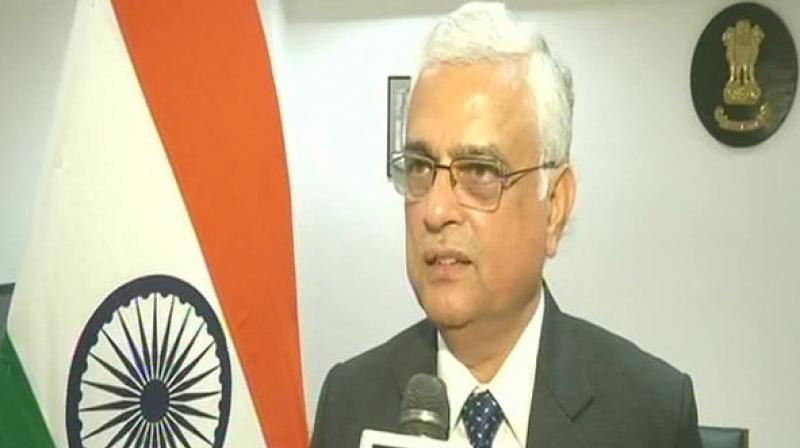 CEC OP Rawat said, 'We will assess if Telangana elections can be held with other 4 states.' (Photo: File | ANI)

Hyderabad: The Election Commission will send a team to Hyderabad next week to assess poll preparedness in Telangana.

Senior Deputy Election Commissioner Umesh Sinha will head the team, which will "assess the situation in the state regarding poll preparedness", the poll watchdog said in a statement.

The team will reach the state on September 11. It will submit a report to the commission after the completion of the visit, it said.

Earlier on Friday, Chief Election Commissioner OP Rawat said that any astrological predictions will not decide the date and time of elections for Telangana Assembly, which was dissolved on Thursday.

Speaking to news agency ANI, Rawat said, “We will assess if Telangana elections can be held with other 4 states. Any astrological predictions (over dates) made by anyone is notwithstanding."

#WATCH: Chief Election Commissioner OP Rawat says, "we'll assess if Telangana elections can be held with other 4 states. Any astrological predictions (over dates) made by anyone is notwithstanding" pic.twitter.com/f17R4nsvBF

While KCR cited "political fragility" in Telangana as a reason for early polls, reports quoting sources close to the TRS chief said that he wanted to ensure that the focus during the state polls is on his role and his government's achievements, rather than on Prime Minister Narendra Modi.

Reports also said that Rao’s decision to go for early elections aims to cash in on the perceived “positive atmosphere” prevailing for the party in the state.