Born to Bhagaban Maharana and mother Gitanjali Maharana, Manoj is a master-degree holder in mathematics. 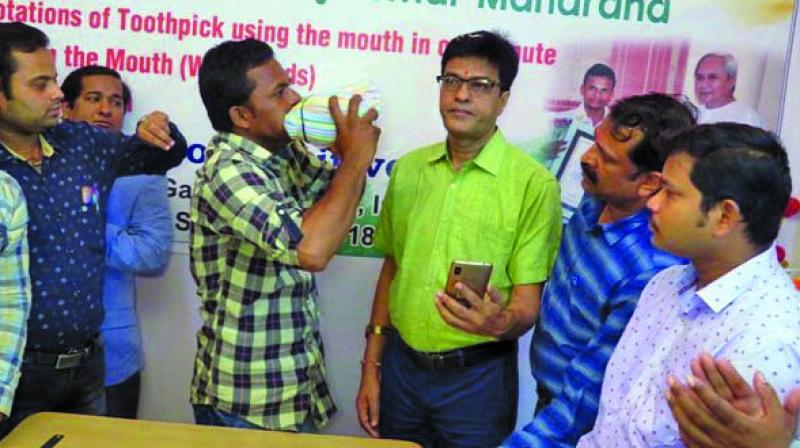 He broke the second record by holding 40 lit candles in his mouth for 40 seconds. Earlier, Mumbai man Dinesh Shivnath had set the record for holding 37 candles in mouth for 30 seconds.

The determined record-breaker broke third record by holding a 6.5 cm-long-toothpick in his mouth and rotate it through his tongue 32 times in a minute with direction of 360 degree.

Earlier, Manoj, a resident of Bhabarada village, was placed in Guinness World Record in November 2017 by cramming 459 drinking straws in his mouth and holding those for 10 seconds without using his hands., breaking Simon Elmore’s previous record of eight years for 400 straws.