Trained as a design engineer, Ms Vanitha has received the award for the Best Woman Scientist in 2006 by the Astronomical Society of India. 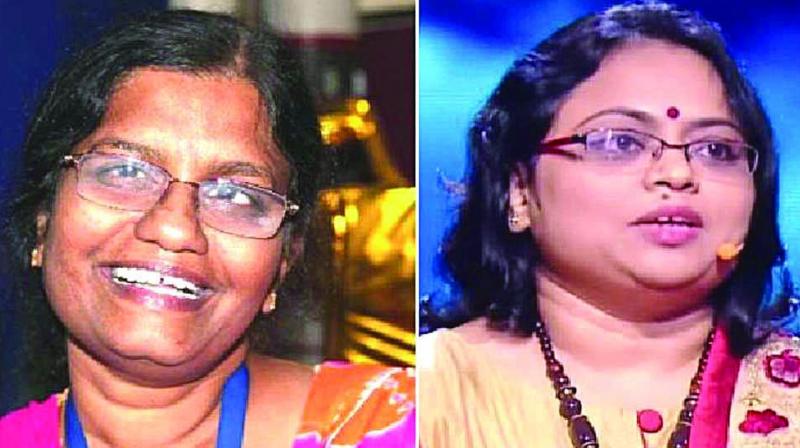 Bengaluru: A smooth touchdown of “Vikram” the lander on the Moon early on Saturday will be historic in more ways than one, for Chandrayaan-2 is the first interplanetary mission with a woman Project Director and a woman Mission Director.

And, both of them – M. Vanitha, Project Director, and Ritu Karidhal, Mission Director – will formally interact with the media after accomplishing the feat as they remained glued to their consoles in Mission Control Centres in Sriharikota Range and in Bengaluru, through many months of tests, dry runs, the launch of Chandrayaan-2 and subsequent operations.

Ms Vanitha is the first woman to hold such a position in such a vital mission at ISRO so far. As Project Director, she oversaw the development of hardware and other aspects of the project. In other words, every minute aspect of the project was under her supervision.

Trained as a design engineer, Ms Vanitha has received the award for the Best Woman Scientist in 2006 by the Astronomical Society of India.

Mission Director Ms Ritu Karidhal, who also served as Deputy Operations Director for Mars Orbiter Mission, and a member of Chandrayaan-1 project, joined ISRO 18 years ago. Her role in the Mars Orbiter Mission (MoM) attracted media glare and whirring cameras. As Mission Director, she supervised the complete mission, reviewed its progress and coordinated with other agencies to accomplish the feat.

Ms Karidhal, who holds a degree in aerospace engineering, graduated from the University of Lucknow, received ISRO Young Scientist Award from the late Dr A.P.J. Abdul Kalam in 2007.

Dr K. Sivan, Chairman, ISRO, flooded with requests from media persons for interviews with Ms Vanitha and Ms Karidhal, promised to allow them to take the centre stage after successful landing on lunar soil on Saturday.

“We only looked at the most fit person for the job, and it so happened it was women here. It didn’t make a difference for us,” he had told the media last month, adding that women scientists and engineers have held top positions in satellite communications and other divisions in the past in ISRO.