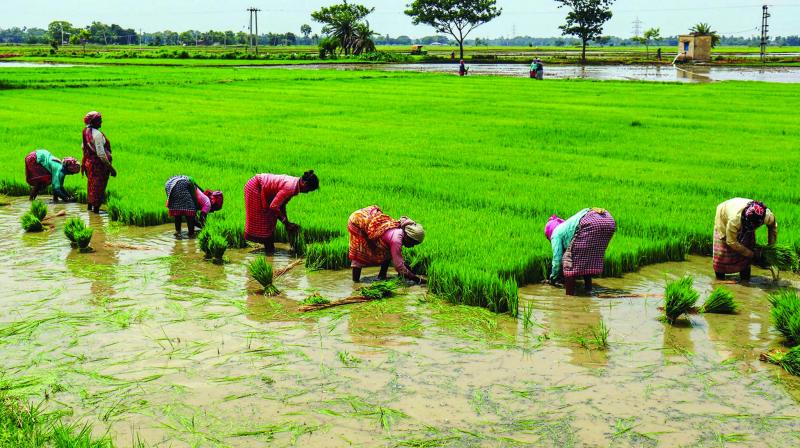 The BJP-led NDA government had in its manifesto for 2019 Lok Sabha elections, promised to extend the scheme to all farmers.

New Delhi: As the NDA government in its second consecutive term in office completes 100 days, one of its key poll promises — that of ensuring that maximum farmers get income support under Pradhan Mantri Kisan Samman Nidhi Yojana (PM-KISAN) — has already been notified.

While several targets were set by the Prime Minister for different departments which were to be achieved within the first 100 days of its tenure, just a day after taking oath on May 30, Mr Narendra Modi while chairing the first Cabinet meeting of the NDA government, notified the decision to extend the benefit of `6,000 per year under PM-KISAN to all 14.5 crore farmers in the country, irrespective of the size of their landholding.

The BJP-led NDA government had in its manifesto for 2019 Lok Sabha elections, promised to extend the scheme to all farmers.

Notifying the decision, the Centre said that all land holding eligible farmer families would avail of the benefits under this scheme.

All the states were requested to expedite 100 per cent enlistment of eligible beneficiaries as per the revised scheme so that farmers are able to avail the benefit of the scheme.

The genesis of the scheme dates back to the interim Budget for the year 2019-2020, in which the Centre, just days before the announcement of the schedule of the 2019 Lok Sabha elections had promised to provide `6,000 per year, in three 4-monthly instalments of `2,000 each over the year, to an estimated 12.5 crore small and marginal farmers holding land up to 2 hectares.

The scheme was launched on February 24, 2019 during the run-up to the 2019 general elections in Gorakhpur, Uttar Pradesh where the first rounds of instalments was paid to several farmers.

Having delivered the key promise of extending the benefits of PM-KISAN to all farmers across the country, some of other important promises made by the NDA government in its manifesto related to the agriculture sector include adequate market avenues for the realisation of MSP through e-NAM, which it aims to fulfill on fast track basis, considering how significant the farmers votebank is for the government.