India   All India  07 Sep 2020  NEP focusses on learning instead of studying: PM Modi
India, All India

NEP focusses on learning instead of studying: PM Modi

The new policy will help tackle the issues of brain drain and help India become a "knowledge economy" in the 21st century, said the PM 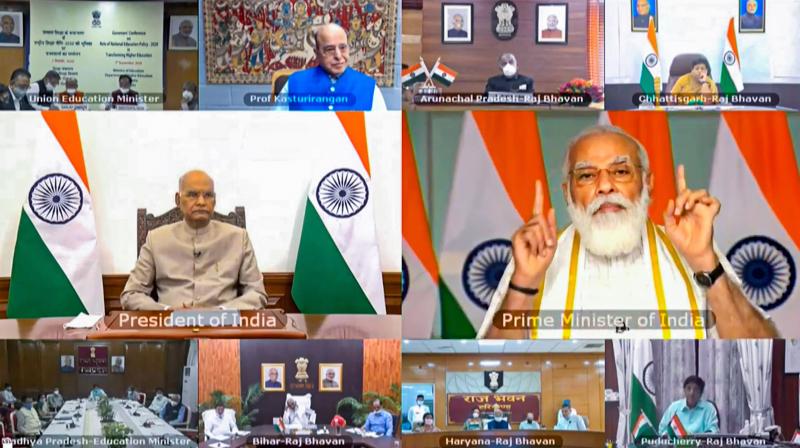 The Centre has said that governments - both central as well as states - should have minimal intervention in the new National Education Policy (NEP). The Prime Minister while addressing the inaugural session of the Governors' Conference on the NEP said that it "belongs to everyone" and should be sustained by all the governments.

In the NEP, which is the first since 1986, the pressure on students for taking specific streams have been removed, he said.

Mr Modi said that the new policy focusses on "learning instead of studying" and is based on "critical thinking rather than curriculum" with a special focus on "passion, practicality, and performance".

The new policy will help tackle the issues of brain drain and help India become a "knowledge economy" in the 21st century, he told the conference, which was also attended by President Ram Nath Kovind, education ministers from states and union territories and vice chancellors besides governors.