India   All India  07 Sep 2021  Dealing with China a top priority, says S. Jaishankar ahead of Brics summit
India, All India

Dealing with China a top priority, says S. Jaishankar ahead of Brics summit 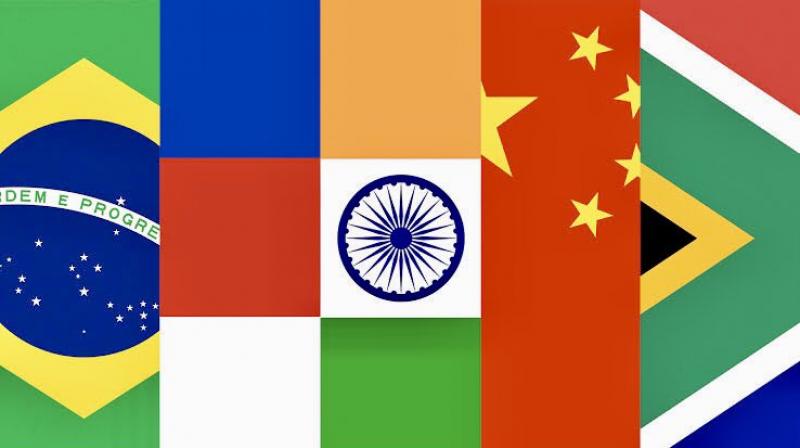 New Delhi: Prime Minister Narendra Modi is set to chair the 13th Brics (Brazil-Russia-India-China-South Africa) summit on Thursday in a virtual format that will be attended by Russian President Vladimir Putin, Chinese President Xi Jinping and the Brazilian and South African Presidents, New Delhi said on Monday even as external affairs minister (EAM) S. Jaishankar once again blamed Beijing for the Sino-Indian border flare-up last year which, he said, had taken the bilateral relationship in a “different direction”.

With the situation in Afghanistan likely to be discussed prominently at Thursday’s Brics Summit following the ignominious exit of American troops from the strife-torn nation last month and the takeover by the Pakistan-backed Taliban, Mr Jaishankar nevertheless described the United States as a “premium power” but said it was “struggling with new manifestations of wielding power”. He was speaking at a virtual event on “Why the Quad matters” at Australian National University’s “J.G. Crawford Oration-2021” on Monday.

On China, Mr Jaishankar said that the Chinese had deployed a large number of troops in “operational mode” in Ladakh and that led to the serious clash at Galwan valley last June which resulted in bilateral ties heading in a “different direction”. He said the challenges in dealing with Beijing were a top priority for India.

At the Brics Summit, the Counter Terrorism Action Plan, which was recently “adopted and recommended for consideration by the Brics Summit” by the national security advisors (NSAs) of the five member-nations, is all set to be presented before the leaders. India’s NSA Ajit Doval may also “raise the issue of cross-border terrorism and activities of groups such as the (Pakistan-based) Lashkar-e-Tayyeba (LeT) and Jaish-e-Mohammed (JeM) which enjoy state support and threaten peace and security” in a report he is due to present before the five leaders. The action plan aims to “strengthen existing mechanisms of cooperation in areas such as financing and combating terrorism, misuse of the internet by terrorists, curbing the travel of terrorists, border controls, protection of soft targets, information sharing, capacity building, and regional and international cooperation”.

The theme for the summit is "BRICS@15: Intra-BRICS cooperation for continuity, consolidation and consensus". India had outlined four priority areas for its chairship, including counter terrorism, using digital and technological tools for achieving SDGs.

This is the second time Mr Modi will be chairing the Brics Summit. Earlier he had chaired the summit in Goa in 2016.