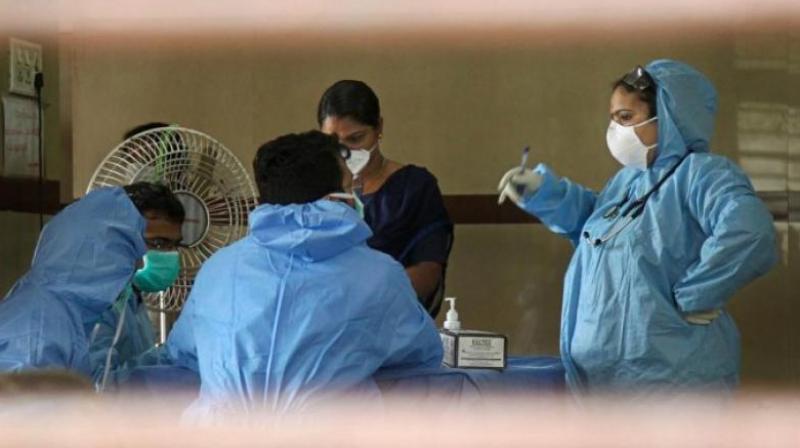 The health department has released a fresh contact list containing 251 persons. Of these, 32 are in the high risk category. (Representational image: PTI)

THIRUVANANTHAPURAM:  Five more persons reported suspected Nipah symptoms in Kozhikode district, a day after a 12-year-old died of the virus.

With this, the number of people with suspected Nipah virus symptoms has gone up to eight.

The health department has released a fresh contact list containing  251 persons. Of these, 32 are in the high risk category.

A TrueNAT testing facility will be set up at the Kozhikode Medical College hospital campus with the help of National Institute of Virology, Pune.

Health minister Veena George said that a comprehensive Nipah management plan has been put in place in the wake of recurrence of the virus in the state. All government and private hospitals have been directed  to comply strictly with the protocol.

The district authorities have been asked to maintain a strict vigil. Those patients with encephalitis or symptoms of brain  fever would be  subjected to close monitoring at the hospitals and medical centres.

If required the districts can also formulate their own management plan.

The minister said that the government had also issued  revised treatment and discharge guidelines.

The Nipah management plan would be implemented with  close coordination between hospitals at the state and the district level.

The main  task of the committees is to ensure effective  surveillance, testing  and treatment. As part of surveillance emphasis would be laid on contact testing and quarantine.

The committees will hold review meetings on a daily basis.

Other tasks include intensive training for doctors and other health workers of government and private hospitals, ensuring availability ofmedicines, consumables, awareness campaigns about preventive measures, interaction with central  agencies and other institutions and

setting up of control  rooms for effective coordination.

These steps have been taken to avoid any slackness in dealing with Nipah cases.

The Nipah outbreak in 2018 which claimed the lives of 17 people including 14 in Kozhikode and three in Malappuram district, was suspected to have been caused by mangoes bitten by fruit bats containing the deadly virus.

Experts say Nipah is a zoonotic disease and is often found to be spread by bats. A person contracts the virus if he eats bat infected fruit.