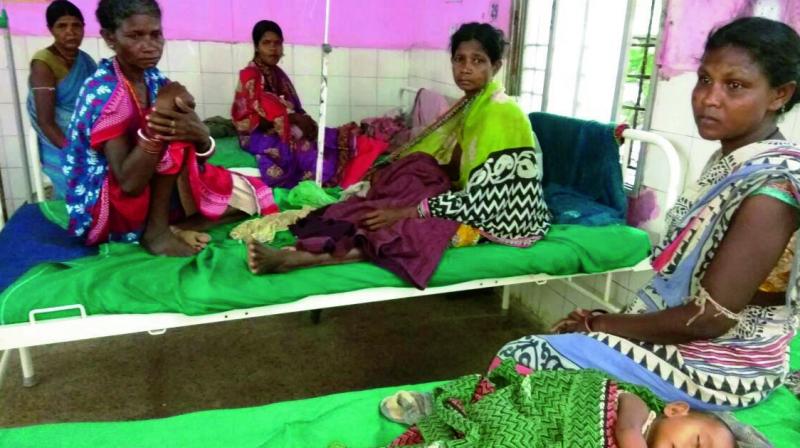 Bhubaneswar: A “mystery” disease has killed four children in Odisha’s Malkangiri district even as the state government seems to have failed to learn from the recurrent killer Japanese Encephalitis (JE) and Acute Encephalitis Syndrome (AES) that cause havoc in the tribal-dominated almost every year.

Located at a distance of around 650 km from Bhubaneswar, Malkangiri lost at least 102 due to the outbreak of Japanese Encephalitis and AES in 2016.

The four fresh deaths of children in the last week have not been confirmed as JE or AES yet, causing panic among the people over the “mystery” disease.

Siadimal, a village located just 10 km from the district headquarters, has lost four children in the last four days.

Unga Padiami and his wife Kose, who had lost two of their five children in 2016, lost another child just two days ago.

“I have lost two of my sons and a daughter in the last two years. Now, I have two little girls. I pray to God to save them,” said Mr Padiami, 40.

The district administration has not yet been able to confirms if the four children, who died in the last four days, were victims of any type of encephalitis or other disease. It has sent blood samples of other affected people to Bhubaneswar for an examination.

The deaths in Malkangiri has jolted the administration with chief secretary A.P. Padhi asking health department officials to undertake immunisation drive in all the districts, including Malkangiri, to prevent the outbreak of diseases. 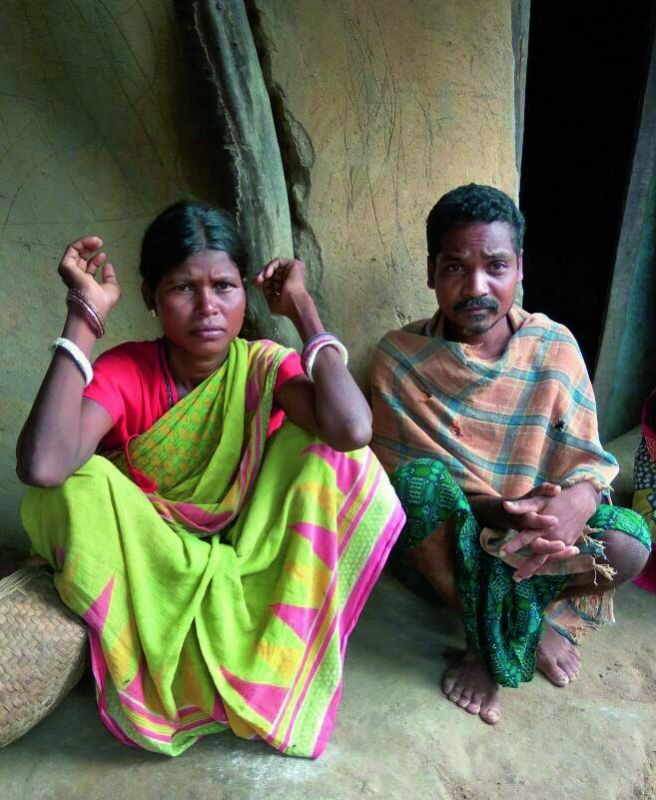 A couple — Unga Madkami and Kose Madkami — who lost three children in the past three years.

After a lot hue and cry last year over the death of infants, the Naveen Patnaik government had decided to open a blood testing laboratory in Malkangiri but the facility has remained on paper.

“In 2012, 38 infants died due to the JE and AES. The state government did little to check further reoccurrence of the disease. In 2016, the JE and AES reoccurred in at least 180 villages in the district and claimed 102 lives,” said Bhaskar Behera, a local social worker.

Mr Behera has undertaken an awareness drive in the district asking people to immediately taken their ailing children to hospitals instead of going to traditional healers (locally called disari) and quacks.

Krishna Padiami, a resident of Siadimal, recently took his one-year-old son, Kanha, to a “disari”. After two days of so-called treatment, the child died.

Due to lack of infrastructure in villages, Malkangiri chief district medical officer (CDMO) Jagadananda Mohanty claimed most patients had to be brought to the district headquarters.

Recurrent killer disease
Known as one of the most impoverished districts in the country, Malkangiri district has a population of 6.13 lakh of which, 3.54 lakh is tribal. Most of the tribals are illiterate and live below poverty line; nearly 81 tribals belong to below poverty line (BPL).

They not only battle poverty, but also lack of infrastructure. Their malnourished children have very low levels of immunity to fight diseases. Despite the government’s food security interventions under Integrated Child Development Scheme (ICDS) and mid-day meal programme, the tribals, most of whom belong to the Koya community, consume unclean forest produces that carry japanese Encephalitis and Acute Encephalitis Synd-rome (AES) viruses and bacteria.

Pig rearing by local people in utter unhygienic conditions also significantly contributes to the spread of diseases. According to experts, Culex vishnui mosquitoes carry the JE and AES viruses from pigs to human bodies.

In 2016, hundreds of pigs were killed by the administration to check the outbreak of the JE and AES viruses. As many as 2.18 lakh children, between 1 and 15 years, were vaccinated in 2016.