The GST Council 22nd meeting was held in Delhi on Friday and was chaired by Union Finance Minister Arun Jaitley. 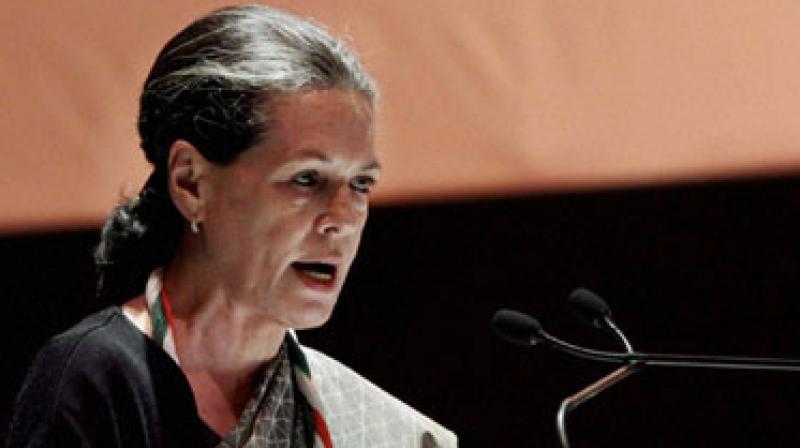 The Congress on Saturday, while speaking on the Goods and Services Tax Council meet, asserted that the Central Government always rejected Congress' appeal to revise the tax reforms. (Photo: PTI)

New Delhi: The Congress on Saturday, while speaking on the Goods and Services Tax (GST) Council meet, asserted that the Central Government always rejected Congress' appeal to revise the tax reforms.

The GST Council 22nd meeting was held in New Delhi on Friday at the Vigyan Bhawan and was chaired by Union Finance Minister Arun Jaitley to discuss the impact of the GST on trade and exporters.

While speaking to ANI, Senior Congress leader Sandeep Dikshit said, "The Congress has always demanded tax relief for exporters and also fought for the people's needs in the country. From the very beginning, we have been asking the Centre to revise the tax reforms, but none of our concerns was considered. We are glad that the Centre has now taken a decision which can be considered good for the people".

Further speaking on the same, another Congress leader Shakeel Ahmad said that with this meeting, Prime Minister Modi and Arun Jaitley have put the common masses into trouble.

"After this council meeting, Prime Minister Modi and Arun Jaitley have put the common masses into trouble. For the first time, this government has thought about tax relief for exporters which is a good thing. All these years no one looked into these matters or talked about them. We have always seen that the Centre only resolves problems of the big businessmen but nothing for the small or tiny sectors," he said.

Meanwhile, Congress leader Anand Sharma said that the Congress had warned the Central Government against the historical implementation of the GST and had also asked them to not create this complication.

The GST Council raised the composition scheme threshold for businesses to Rs 1 crore, which will allow them to pay a tax of 1 percent to 5 percent, without having to deal with a three-stage filing process.

The panel decided to give an option to taxpayers to avail the composition scheme if their turnover is less than Rs 1 crore as against the previous limit of Rs 75 lakh.

Under the composition scheme, the tax rate for traders of goods will be 1 per cent, 2 per cent for manufacturers and 5 per cent for restaurants and suppliers of food or drinks.

The small and medium-sized enterprises (SMEs) with an annual turnover of Rs 1.5 crore will be allowed to file quarterly returns.

Finance Minister said that the reverse charge mechanism for transactions between registered, unregistered businesses has been deferred till March 31, 2018.

The Finance Minister added that the pattern of the collection is not clear after two months, because it was a period of transition.