No need for NIA probe in Kerala 'love jihad' case: govt to SC

Vijayan’s govt said the investigation conducted by the State Police had not revealed any offences needed an NIA probe. 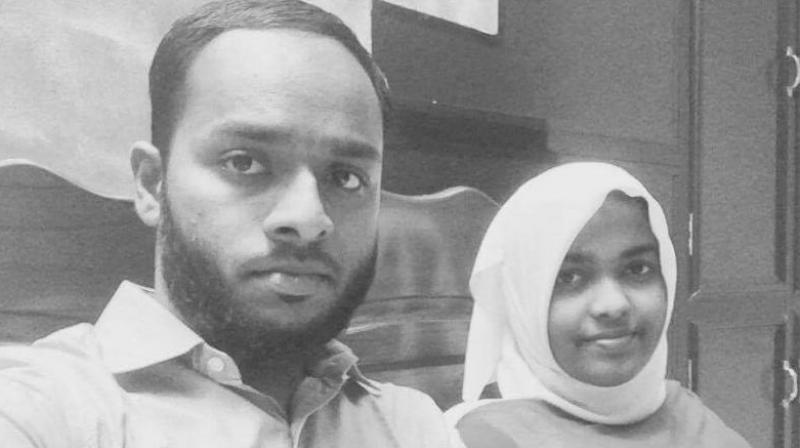 In an affidavit filed in the Supreme Court, the Kerala government said that the investigation conducted by the State Police said that there was no offence conducted which requires an NIA probe. (Photo: Shafin Jahan | Facebook)

Thiruvananthapuram (Kerala): The Kerala government led by Pinarayi Vijayan, on Saturday, refuted claims made by the the Centre's National Investigation Agency (NIA) in the Supreme Court that the Hadiya case, which involves the alleged conversion of a Hindu woman to Islam and her marriage to a Muslim man, is part of a "pattern" of conversions based on religion and radicalisation in the southern state.

The CPI (M) government praised the Kerala Police and said that they were doing an"efficient" job with the investigation, until the Supreme Court interfered and believed the NIA's claims, transferring the case to the central agency, The Hindu reported.

In an affidavit filed in the Supreme Court, the Kerala government said that the investigation conducted by the state police said that there was no offence committed which requires an NIA probe.

"The investigation conducted so far by the Kerala Police has not revealed any incident relating to the commission of any scheduled offences to make a report to the Central Government under Section 6 of the National Investigation Agency Act, 2008," the affidavit filed by Subrata Biswas, the State's Additional Chief Secretary, Home Department, said.

The state questioned as to why the Supreme Court had transferred the case to the NIA, when the police chief had already handed over the investigation to the Additional Director General of Police (Crimes) and assigned a Special Investigation Team, the report added.

The Supreme Court had ordered a comprehensive probe into the various aspects of the case including the conversion of the woman to Islam, religious institutions and people involved, and the ones she was in contact with. It also asked for the family background, any criminal background of Shafin Jahan and if at all, the case had any links to trafficking Hadiya outside the country.

The case was transferred to the NIA on August 16. The then Chief Justice of India JS Khehar had made a blunt remark to the Kerala government counsel that "we think you (Kerala Police) may take sides. So we asked the NIA for their inputs’’.

After the court had asked the NIA to give inputs after going through the files of the Hadiya case, Additional Solicitor General Maninder Singh, for NIA, had said that the case was ""not an isolated case and we have come across another case with a similar pattern and involving the same people who are acting as instigators", the report said.

However, the Supreme Court Bench on October 3, headed by Chief Justice Dipak Misra, had questioned the August 16 order asking why an NIA probe was needed in the case.

The bench also observed that the Kerala High Court had no authority to annul the inter-religious marriage between Jahan and Hadiya.

The top court had further questioned the legality of girl's father keeping her in custody for several months.

“We will hear logical and legal arguments on two issues — can the HC nullify a marriage exercising jurisdiction under Article 226 and was an NIA probe necessary,” Chief Justice Misra had observed, posting the case for hearing on October 9.