Villagers in Datiyana believe the local Shiva temple was built by ghosts. 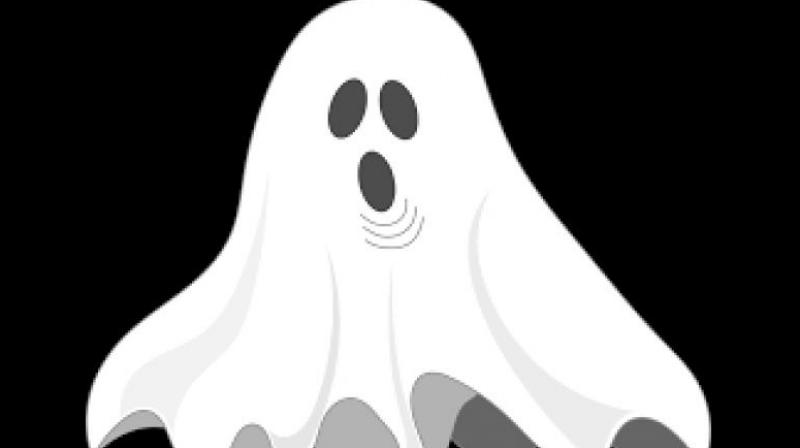 Local people are scared of taking photographs of the temple as they believe it will invite the wrath of ghosts. (Representational Image)

Lucknow: Guess who built a Shiva temple in Datiyana village, a remotely located hamlet in Uttar Pradesh’s Hapur district? If the local folklore is to be believed, the Shiva temple was by ghosts, that too, overnight.

Known as the Bhootonwala Mandir, the local people revere the deity and the ghosts who built the temple for protecting the villagers from natural calamity.

The ancient temple is built of red bricks and no cement or mortar was has been used to bind the bricks together. The temple, believed to be almost a thousand years old, shows no signs of wear and tear and has withstood the vagaries of weather for centuries.

The spire or shikhar of the temple has been partially damaged by rains and has a lot of algae on it.

“This is because the spire was built much later by the local people who used cement and mortar. The rest of the temple which is unharmed, has been built by ghosts,” explained Pandit Rakesh Goswami, a fourth-generation priest of the temple.

He even shared an interesting story about why the temple’s shikhar had to be built later.

“The shikhar was left incomplete because the sun rose and the ghosts had to leave. The local people later built the shikhar and completed the temple. In 1980, the spire developed cracks and had to be reconstructed unlike the whole temple, which is simply unharmed by the elements of weather,” he said.

The local people, however, hold the Bhootonwala Mandir in high esteem and are not afraid of the ghosts.

“The ghosts and the temple actually protect our villages from calamity. We have never faced any damage due to rain, hail, storm or disease. In times of heavy rains or drought when farmers in other places face huge losses and even commit suicide, our brothers in this village remain unaffected,” said Preeta Singh, a local farmer.

While people in the village and even adjoining areas insist that the temple was built by ghosts and is blessed by them, local historians and rationalists dismiss it as a rumour. Dr K.K. Sharma, an associate professor of history in a college in Modinagar, said that the belief has existed for so many years that people refuse to see reason.

“Though it is not clear who built the temple, the architecture shows signs of construction in the 3rd century during the Gupta period when brick temples were popular,” said Mr Sharma.

The structure seems to have undergone addition and repair over years due to which the spire and the temple do not match in terms of the architecture, he said. “There are carvings on stones of the temple, which depict the Gupta period,” he said.

The historian said that the local people probably started the rumour that temple was built by ghosts to save the it from attacks.

The locals, however, stick to their belief. “We don’t take photographs and majority of visitors also abstain from taking photographs of the temple. You can take photos, but at your own risk,” said the chief priest.