UP: 4 men drag, gangrape 25-yr-old woman at gunpoint in front of husband, child

The four accused pulled the victim off a bike, dragged her to a nearby sugarcane field and took turns to rape her. 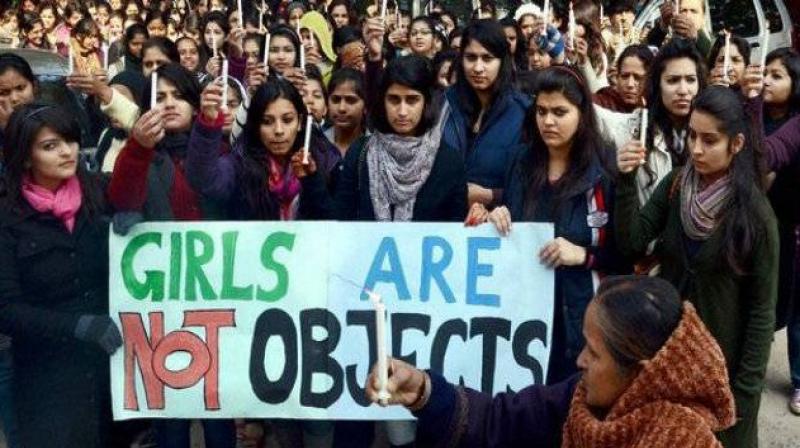 The victim said, "They constantly threatened to kill my child, also tied and beat up my husband". (Representational Image | PTI)

Muzaffarnagar: A 25-year-old woman was dragged to a field and gangraped by four men in front of her husband in Muzaffarnagar district, police said.

The accused are yet to be identified, the police said.

According to Superintendents of Police Ajay Sehdev, the woman and her husband were returning from a village with their three-month child on a motorbike, when the four men in a car intercepted them near Nirgajni village in the district.

They pulled her off the bike and dragged her to a nearby sugarcane field. The four then raped the woman at gunpoint and threatened her and her husband against disclosing the incident to anyone.

The accused beat her husband, the police said.

Police have launched a probe into the incident.

Tags: up law and order, crimes against women, gangrape, gangrape at gunpoint