Over 8 lakh SHGs have been formed in Bihar to help poor women in villages in carrying out their own small business, Nitish Kumar said. 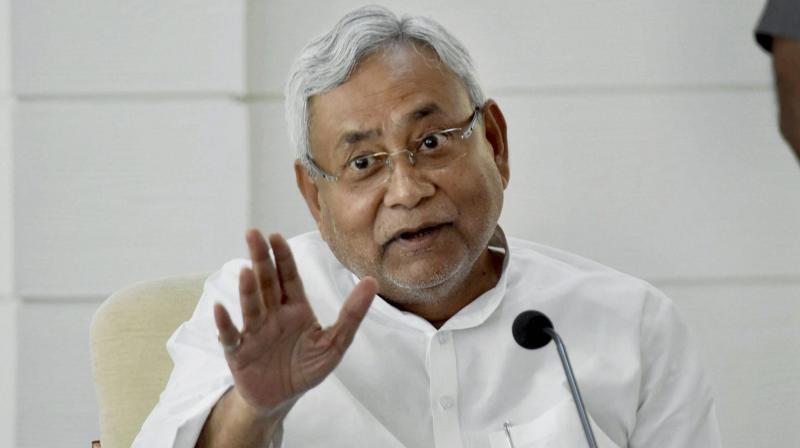 Nitish Kumar listed what his government have done for women's empowerment such as reservation in panchayat seats, government jobs and prohibition. (Photo: File | PTI)

Patna: Bihar Chief Minister Nitish Kumar on Sunday praised the functioning of Self-Help Groups (SHG) in Bihar saying they are repaying loans unlike big shots who flee the country after defaulting on loans.

Over 8 lakh SHGs have been formed in the state for helping poor women in villages in carrying out their own small business, the chief minister said.

"Big shots take billions of loan from bank and flee the country. But these women who are running SHGs make timely repayment of loan. This is not a small thing. This shows the level of awareness among SHGs' women," he said.

Speaking at a function organised by his party JD(U)'s 'Samaj Sudhar Vahini' in Patna, Kumar said empowerment of women means empowerment of the society, human beings, the country and the globe.

"I have been saying that development will not have much impact and effective unless the society gets rid of all social evils. We initiated the social reform process after coming to power in November 2005," Kumar said.

Kumar listed what his government have done for women's empowerment such as reservation in panchayat seats, government jobs and prohibition.

"I do my work and don't believe in publicity unlike other state governments which have the tendency of publicising much more than what they do," Kumar said without elaborating.