India   All India  07 Oct 2019  Pandit Jwala Prasad: His compositions will always enthral us
India, All India

Pandit Jwala Prasad: His compositions will always enthral us

One of his compositions “Yashodhara” composed by him for me way back in 1978-79 is evergreen and never fails to move the viewers. 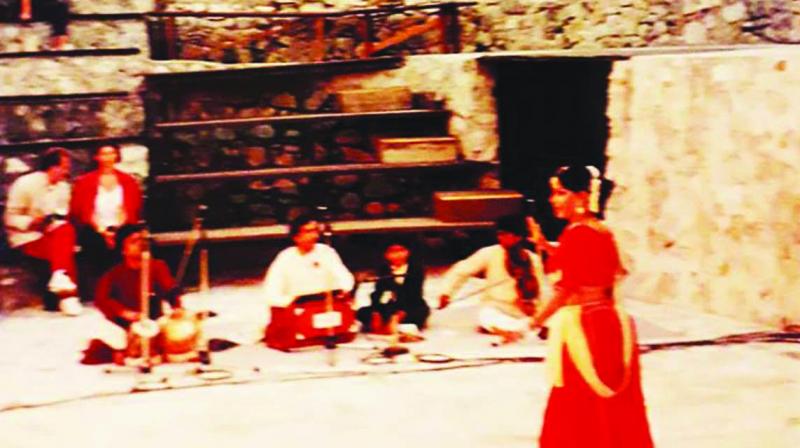 Coming out of Deshmukh Auditorium of the India International Centre (IIC) on Thursday, October 3, I was given a distressing piece of news that left me stunned. A long-time colleague and my music composer-vocalist, Pandit Jwala Prasad, who had been decorated with the Sangeet Natak Award a few years ago, was no more. Jwalaji and I had worked together since 1975 till some years ago, when ill health saw him hospitalised, and he asked his son Madho to fill his place. But even after he got well, father and son continued to sing for me and to compose music for me. The last major music composition that he did for me was for my dance ballet “The Bhagwad: Ma Ganga Dhyayati” which had been staged in Kamani just some months ago to an overflowing auditorium. He had accompanied me on all my dance programmes and dance tours, whether in India or abroad. Even though there are a number of music composers and vocalists but what set him apart from the others was his deep sense of musicality, be it absolutely Indian classical or in the semi-classical genre. He took care to understand what each word meant and to internalise the meaning of the text before composing. The result was a flow of beautiful, evocative musical composition. One of his compositions “Yashodhara” composed by him for me way back in 1978-79 is evergreen and never fails to move the viewers.

His creativity was tested when I asked him to compose the music for Muktilekha, a dance ballet based on the theme of human rights. As the eminent jurist the late Dr L.M. Singhvi wanted that it should not degenerate into the usual caste-class so familiar to Indian society but that it should encompass a succinctly global phenomenon, it was a challenge not only to me to conceptualise the dance treatment and its execution but also for Jwalaji in terms of the music genres to be utilised. He would normally call me and tell me that he could come only by 10 pm for my music compositions and we would sit up till 3 am composing the music. My mother would also be seated, giving her inputs during the music composing sessions. And what fabulous music he composed! The symphony was unbelievable, so much so that I had to play the composing session recordings as it was hard for people to believe that it was Jwalaji who had composed such music!

I have several personal memories and anecdotes of our travels together. Those were the days when there were no Internet reservations. The travails of getting confirmed berths after our programmes were adventures by themselves with Jwalaji and late tabla maestro Ustad Shafaat Ahmed Khan trying to plead with the ticket conductor while I kept watch over our instruments. On international tours, my little three-year-old son, Ishan, would keep Jwalaji on his toes. My little three-year-old Ishan was fascinated when he saw Jwalaji greeting fellow musicians with “Adawarz hai”. Since he could not say the greeting properly, Jwalaji jocularly gave the greeting a twist that left us in splinters. Not only that he with a serious countenance told Ishan that such a greeting was to be accompanied with a slight jump. Ishan never forgot it and whenever the two met, their greeting was with a jump — even at Ishan’s wedding reception.

There are so many things that I could relate about Jwalaji — of his amazing musical creativity, the musical genius that he was as well as about a good friend and a jovial, humane person he was! Where do I begin and where should I finish? I do not know. What I do know is that he has left behind a void. But he will always live in our hearts and minds; he will always regale and enthral the audiences with his great musical compositions!

The writer is an eminent dancer, Kathak guru and dance educator