The event will see the rendition of nearly 22,000 shlokas and mantras from the four vedas by the ved padhis. 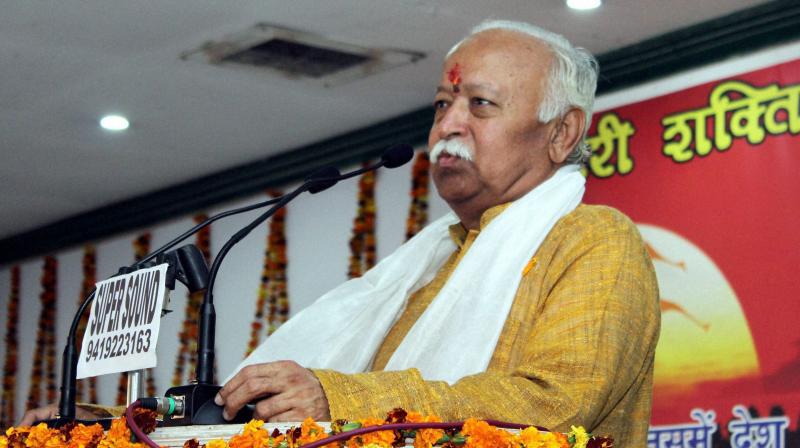 New Delhi: A week long ‘Chaturveda Swahakar Mahayagya’ to promote the ancient vedic knowledge contained in the four vedas - the Rigveda, the Yajurveda, the Samaveda and the Atharvaveda - among the people, is being organised from October 9 by the Vishwa Hindu Parishad (VHP), an affiliate of the Rashtriya Swayamsewak Sangh (RSS). Sangh top brass, including its chief Mohan Bhagwat will be one of the yajmaans (ritual patrons) for the ceremonies that will also include mantrauccharan(recital of the mantras) and the aahuti(oblation). Other than Mr Bhagwat, his second-in-command Bhaiyya Joshi, senior Sangh leaders, senior BJP leaders, Union ministers and religious leaders of various faiths and sects, including Arya Samaj, Ravisad Samaj, Buddhists, Sikhs and Muslims, are invited for the event.

Foreign nationals, also including from the US, Netherlands, UK are attending the event for which the VHP and the Ashok Singhal Foundation have been preparing for more than a year.

The event was conceptualised by the VHP’s then international working president, Ashok Singhal and was earlier scheduled in 2015 but had to be postponed due to his demise.

The week long event in the national capital will be presided by Ramanujacharya Chinna Jiyar Swamy of the Sri Vaishnavism sect and will be assisted by more than a dozen ved pathis at the venue, which is being constructed to depict the “vedic kaal” with four havan kunds for the ceremony. The event will see the rendition of nearly 22,000 shlokas and mantras from the four vedas by the ved padhis.

“It’s not just about imparting the vedic knowledge, we want that people should imbibe this knowledge in their day to day life. Vedas are symbol of our ancient tradition, culture and our civilisation. Vedas contain not just the knowledge of this earth but also spiritual knowledge,” said the VHP’s Delhi unit’s working president, Vagish Issar. Mr Bhagwat is likely to attend the event on October 10 and Union ministers, including home minister and BJP national president Amit Shah and defence minister Rajnath Singh, are also expected to attend the week long event.

Many opinion makers and prominent people from various sections of the society and fields are also invited for this event.