With Tandav, Samba, T.M. Krishna... This is the arts festival I wouldn’t miss

Delhi is the only world capital where the best of national and international performances are open to all, free of charge. 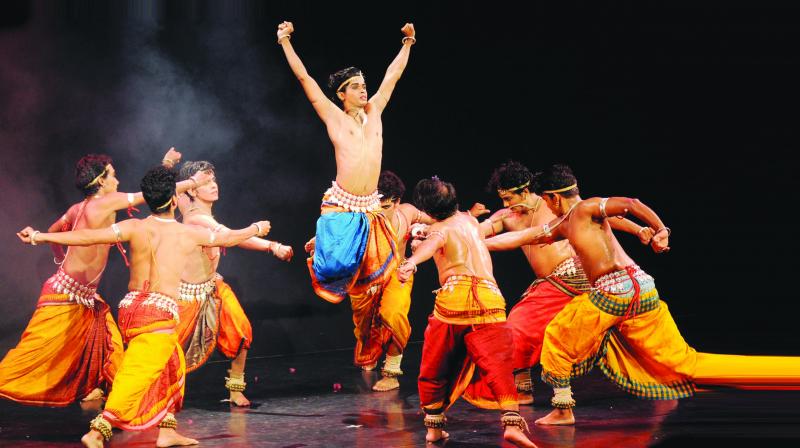 Even the food festival lunches and dinners are open to non-IIC members this year at a nominal charge for Kannadiga Oota, Odia Bhoji, Flavours of Brazil, A Bengali Repast and An Italian Cena along with Awadhi food.

If you miss attending as much as possible of the five-day annual Experience Festival of the Arts   (October 11-15) at the IIC in Delhi, you will lose out on one of my top reasons for living in Delhi. Delhi is the only world capital where the best of national and international performances are open to all, free of charge. Anywhere else in the world it costs a bomb for tickets and parking to attend anything. It’s worth travelling here for this combination of outstanding dance and music (Indian, Western classical and jazz) and theatre performances and thoughtfully curated folk art, painting, installation and photography exhibitions plus film festivals.

I am very fond of Odissi Guru Bichitrananda Swain whose hard work and talent I have seen since his youth. I recently saw his Rudrakshya, all male-troupe, perform brilliantly in Bhubaneswar and I assure you, whether you love classical dance or are quizzical, see his, Magic in Movement, inaugural program on Friday, October 11, at 6.30 pm in the Fountain Lawns. His dancers beautifully communicate lasya and tandav through the articulated torso movements unique to Odissi, linking all forms of yoga to a traditional repertoire.

Other performances provide you the chance to discover fresh cultural nourishment and/or relish things for which you already have a taste. Take your children and grandchildren along if you think the arts or appreciation of culture have a place in a well-rounded life.

On Sunday, in yet another magical performance, courtesy the government of Karnataka, is a colourful Yagshagana presentation of the Panchavati episode from the Ramayana. Conceived as fantasy, the backbone of Yakshagana is its operatic nature, telling a story through the medium of music, dance and literature. It’s not a small thing to be able to experience a tradition that has sustained from the 16th century, performed live with full orchestra accompaniment with your only contribution showing up in time!

In between Odissi and Yagshagana is a tasty musical sorbet, From Bossa Nova to Samba, on Saturday evening. The Sabor do Brasil concert is a collaboration with the Embassy of Brazil.

If you have the heart to open yourself to a thought-provoking focus on social issues, in particular the status of women in society, you shouldn’t miss Surnai Theatre’s Shabd Leela, a dramatised Hindi rendition of Dr Dharamveer Bharti’s powerful and romantic words in Kanupriya, Andha Yug and Ek Sahityik Ke Prem Patra on October 14, Monday evening. Conceived, designed and scripted by Ila Arun and directed by K.K. Raina, this will definitely be an evocative presentation of letters, poetry and drama.

Rare musicians impact art and life profoundly. T.M. Krishna describes himself quite simply, as “a singer”, yet his 2016 Ramon Magsaysay Award for “his forceful commitment as artiste and advocate to art’s power to heal India’s deep social visions, breaking barriers of caste and class to unleash what music has to offer, not just for some but for all” shows the tip of the iceberg. Awards for connecting Carnatic music with the common man and Tata’s Best First Book give a clue to a man you want to hear on Tuesday, October 15 as the concluding performance of the IIC Festival.

This year, the festival includes a special focus on Lucknow’s rich, syncretic culture, past and present with Awadh ke Chand Warq, which includes two exhibitions — a display of photographs, artifacts, archival textiles, books and letters celebrating the diversity of people, places and the material cultures of Lucknow, and Husn-e Karigari-e Awadh on the craft traditions of Awadh with live demonstrations by master artisans. There will also be a performance of Soz Khwani or Songs of Lament; and Awadhi Bawarchikhana, an Awadhi dinner prepared by Naimat Khana, Lucknow.

In films, two festivals will be presented. Filmi Duniya Mein Awadh, a festival of Indian films based on or set in the city of Lucknow takes viewers on a nostalgic journey revisiting some old favourites. Magic at the Movies: A Selection of World Cinema 2017-18 presents 11 award-winning feature films from around the world.

The exhibition in the art gallery, Contextualising Progressive Indian Art from the 20th Century, curated by Vijay Kowshik and Gogi Saroj Pal will re-focus on the work of some of the leaders of the Bombay Progressive Group.

All of the above is open to all gratis and even the food festival lunches and dinners are open to non-IIC members this year at a nominal charge for Kannadiga Oota, Odia Bhoji, Flavours of Brazil, A Bengali Repast and An Italian Cena along with Awadhi food throughout the day. Hope to see you there.