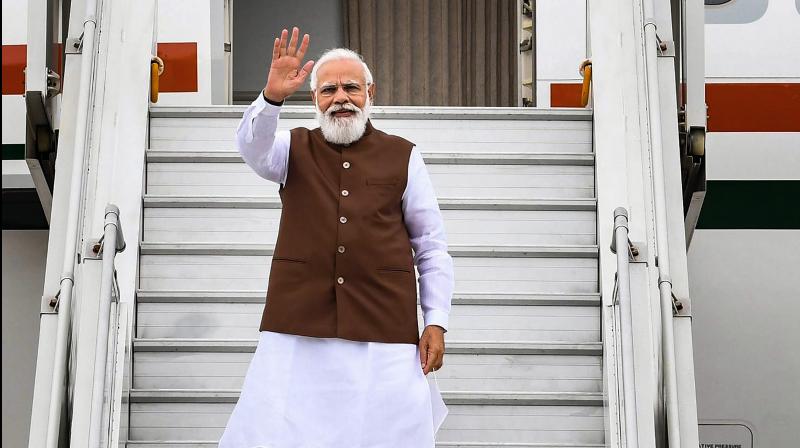 New Delhi: Prime Minister Narendra Modi on Thursday completed 20 years as the head of a government, including over 13 years as Gujarat chief minister, with top BJP leaders lauding his leadership and crediting him for ushering in good governance and development.

Home Minister Amit Shah, who has been a close aide of Modi for over three decades, said the journey of good governance and development that started on this day in 2001 when he took oath for the first time as chief minister has continued uninterrupted.

The prime minister has worked day and night for the people and country's progress, he said.

BJP president J P Nadda said Modi pulled the country out of an atmosphere of disappointment and put it on the path to progress and becoming "vishwa guru" (world leader).

The prime minister has worked like a "karma yogi" and infused people with self-confidence about making a new India, Nadda said.

Defence Minister Rajnath Singh also congratulated the prime minister, saying these 20 years have not only been dedicates to people's welfare but have also been untainted.

May his popularity keep rising, he said.