Earlier, the Bench had directed the Defence Ministry to allow women candidates to sit for upcoming exams for National Defence Academy 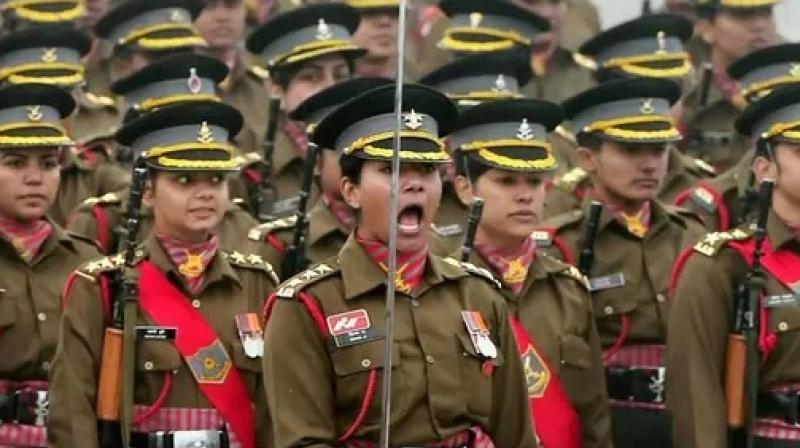 The Bench, however, was not convinced with the decision of the Centre and ordered that girls will be allowed to sit in the entrance exam this year itself. (PTI Photo)

New Delhi: The Supreme Court on Thursday directed the Centre to take immediate steps to allow girls to take the entrance exam for admission in Rashtriya Indian Military College (RIMC) which is to be held on December 18, 2021.

A Bench headed by Justice Sanjay Kishan Kaul while asking the Centre to allow girls to take the entrance exam for admission this year in RIMC instead of waiting till June 2022, directed the government to publish a modified advertisement within two days to seek applications from girls.

Additional Solicitor General Aishwarya Bhati, appearing for the Centre, told the Bench that preparations for the upcoming December 18, 2021 exam were already at an advanced stage and urged it to allow for the induction of girls into the RIMC and Rashtriya Military School (RMS) for the term beginning from January 2023 and not June 2022.

The Bench, however, was not convinced with the decision of the Centre and ordered that girls will be allowed to sit in the entrance exam this year itself.

Earlier, the Bench had directed the Defence Ministry to allow women candidates to sit for upcoming exams for National Defence Academy.

The apex court now posted the matter for hearing on January 2023 along with the matter relating to the induction of women into the armed forces through the NDA.

The Army Training Command has filed an affidavit in the apex court in the case stating that it is making arrangements to admit girl cadets, candidates to RIMC and Rashtriya Military Schools (RMC) from the academic session 2022-23.

The top court was hearing a petition filed by an advocate Kailas Udhavrao More against the exclusion of girl candidates from Rashtriya Indian Military School and other Schools and Colleges run under the aegis of Ministry of Defence like Indian Military College, Sainik School, National Yacht training school.

The affidavit stated, "Admission to RIMC is done through an All India Competetive examination held biannually in June and December every year for admission in January and July. All states of the union are allotted one seat while Maharashtra, Tamil Nadu and West Bengal allotted two seats, UP allotted three seats. The gradual process to be followed: Increase capacity from 250 to 300 incrementally by inducting five girls per six months. The girls will be allowed to take the RIMC entrance examination scheduled in June 2022 for entry into RIMC for the term starting in January 2023."

In Phase 2 there is a plan to increase capacity from 300 to 350 and to Induct ten girls every month and at the end of that expansion, RIMC will have 250 boys and 100 girls, it added.