The Mahal is hidden under the thick flora deep inside the central ridge along the Sardar Patel Marg. 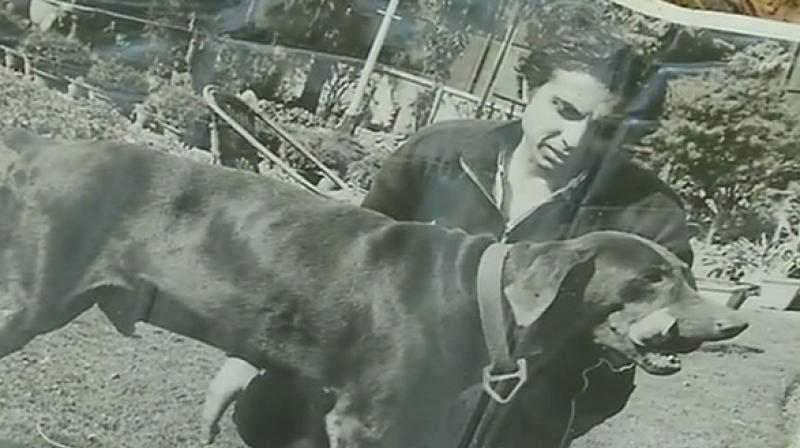 According to reports in 1985, Raza had shifted into the Mahal with his mother, Begum Wilayat Mahal, the child of the Nawab of Awadh or Oudh, his sibling princess Sakina, 11 labrador dogs, and a few servants. (Photo: ANI)

Under ordinary circumstances, that would have conveyed the story, followed by a brief obituary narrating his lavish life and times.

But the story of Ali Raza, known as Cyrus, is no ordinary tale.

So, it can be rewritten thus:

The "last prince of Awadh", who lived in abject penury, was found dead on September 2 in Delhi's 'Malcha Mahal', a Tughlak-era hunting lodge, tucked deep inside a patch of forest, overrun by moss and disrepair.

He was the last surviving member of a family that traced its lineage to the royals of Awadh - a claim that was never verified.

The news of the death was broken by a section of the media on Monday, over two months after a team of police officers found him lying motionless inside the derelict 14th century structure.

He had been staying here since 1985, after his imperious mother Begum Wilayat Mahal, who allegedly swallowed crushed diamonds to death in the early '90s, forced the then Union government to provide them with accommodation behoving their royal antecedents.

She claimed she was a direct descendant of the kings of Awadh, who were known for opulence and luxury.

Armed with an unparallelled sense of entitlement, the Begum started camping in a first class waiting room of the New Delhi Railway Station in the '70s, demanding recognition for the sacrifice made by her family during the 1857 war of independence, also known as the Sepoy Mutiny.

Sometime in 1985, the Begum and her two children - Cyrus and his sister Sakina - moved into the lodge, which was then known as 'Bistadari ruins'.

"She hung a metal sign outside: Entry restricted. Cautious of hound dogs. Proclamation: Intruders shall be gundown (sic)," the BBC reported.

Subsequently, the place came to be known as 'Malcha Mahal' for its close proximity to Malcha Marg, which houses the Delhi elite including diplomats, businessmen and authors.

The family chose a life of isolation and notorious hostility such as letting loose a pack of ferocious dogs on outsiders who came knocking as they zealously guarded their royal status and studiously avoided the commoner.

"Ordinariness is not just a crime, it is a sin," Sakina had declared to a reporter, the BBC reported, adding how the prince once dismissed the Mughals as "common as dirt".

However, over the years, the bloodhounds perished, as did the Begum and her daughter.

"The body of the prince was found on September 2. There were some contact numbers found from the spot but none of them could be reached. We waited for 72 hours for anyone to come and claim the body but no one came.

"We sought help from the Delhi Waqf Board and he was buried near Delhi Gate on September 5. A post-mortem was carried out and it said that he died due to natural causes. No foul play was found. A detailed autopsy report is awaited," a senior police officer said.

The tenth and last Nawab, Wajid Ali Shah, ruled Awadh for nine years till 1856, and died near Kolkata in 1887.