The militant group confirmed terrorists gunned down in encounter include JeM's Divisional Commander, also nephew of its chief Masood Azhar. 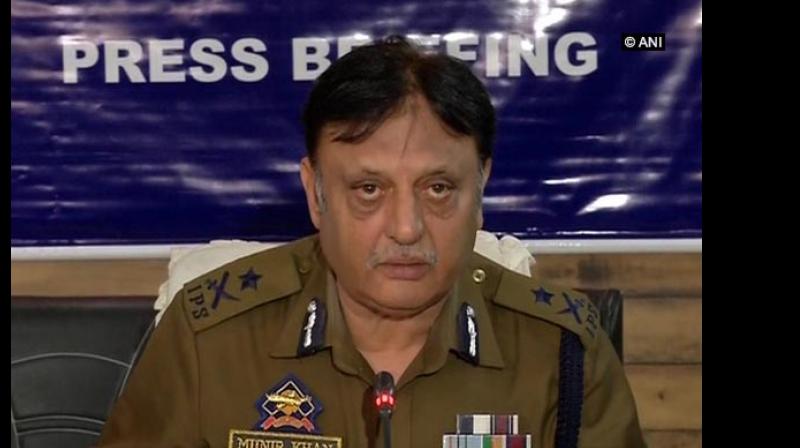 'It was an excellent operation, nicely coordinated between the police, the Army and the CRPF. I am thankful that for the first time they have owned up that he is the nephew of Masood Azhar,' IGP J&K, Munir Khan said (Photo: ANI)

Srinagar: Jammu and Kashmir Police on Tuesday said the body of Jaish-e-Mohammad (JeM) chief Maulana Masood Azhar's nephew, Talha Rasheed, will be handed over to the militant outfit soon.

"It was an excellent operation, nicely coordinated between the police, the army and the CRPF. I am thankful that for the first time they have owned up that he is the nephew of Masood Azhar. We will ask them (the JeM) to collect the body because they have accepted him as one of their own," Inspector General of Police (IGP) Jammu and Kashmir, Munir Khan said while addressing a press conference.

The terrorist outfit Jaish-e-Mohammad has confirmed that the three terrorists gunned down by the security forces on Monday in an encounter in Pulwama district's Aglar Kandi village included Maulana Masood Azhar's nephew and the outfit's divisional commander.

He said the two other terrorists who were killed in the encounter included Divisional Commander Muhammad Bhai and Waseem, a resident of Drubgam, Pulwama.

A civilian also got injured in the gunfight.

Two AK-47s and a pistol were recovered from the site of the encounter.

Troops of 182 battalion and 183 battalion Central Reserve Police Force (CRPF), along with 44 Rashtriya Rifles (RR) and the Jammu and Kashmir Police carried out a cordon and search operation (CASO) in the region when the encounter broke out.