The annual donkey fair is held at the bank of river Kshipra in the temple town of Ujjain in the month of November. 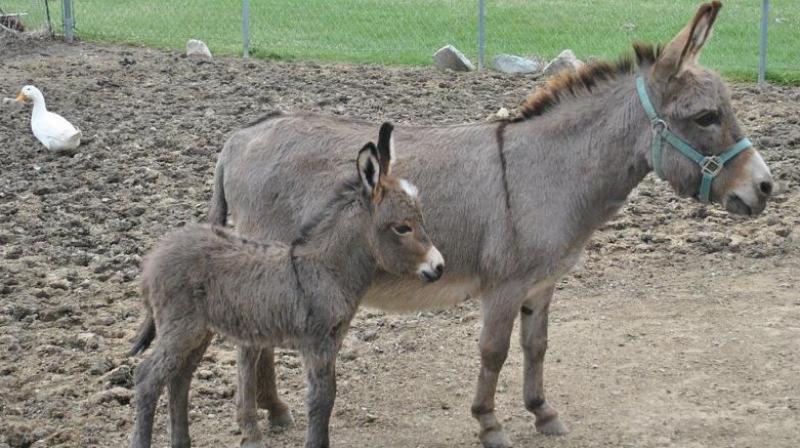 Bhopal: If it is no poll time, then “Nitish”, “Maya” and “Mulayam” are hardly a force to reckon with.

A donkey fair in a Madhya Pradesh town, at least, has established it.

The three cross-breed asses commanded literally no price in the fair leaving their owners flabbergasted and frustrated. “We have named them after the veteran politicians with an expectation that they will fetch us a good price in the fair. The donkey fair this year in Ujjain has proved to be damp squib due to the economic recession. Some good breed donkeys were sold at distressed prices, while, quite a good number of good breed asses like ‘Nitish’, ‘Maya’ and ‘mulayam’ have found no buyers”, a visibly upset Narottam Yadav, owner of “Nitish”, said.

The donkey owners are now heading for a Rajasthan town to sell their animals in a fair, slated to be held later in the month. The annual donkey fair is held at the bank of river Kshipra in the temple town of Ujjain in the month of November.