Sri Sri Ravi Shankar had reportedly offered to mediate in the Ram Temple row for an out-of-court settlement. 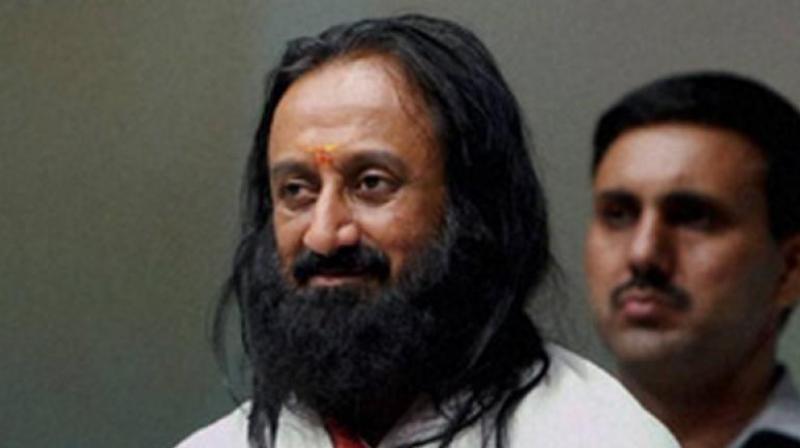 The Congress had dubbed the spiritual leader a 'government agent', who was 'representing its interests' in the Ram Temple dispute in Ayodhya. (Photo: File)

Chandigarh: Spiritual leader Sri Sri Ravi Shankar has rejected the accusation of the Congress that he was a "government agent" as regards the mediation in the Ram Temple dispute in Ayodhya.

"I have always worked on my own and I am not working at the instance of anybody," he told reporters at Chandigarh on Monday.

He was asked to respond on the charge levelled by the Congress, which had dubbed him as a "government agent" on the Ayodhya issue.

"I have already been doing this work," he added.

Asked what would be his stand on the Ayodhya issue, he said, "If I take a stand, how can I mediate. I will look at whether we can find a solution by bringing all the stakeholders together through dialogue."

The Congress had dubbed the spiritual leader a "government agent", who was "representing its interests" in the Ram Temple dispute in Ayodhya.

"Sri Sri is representing the government interests," Congress spokesperson Tom Vadakkan had said on October 31 in Delhi, when he was asked about the mediation being done by the Art of Living Foundation head in the Ram Temple issue.

Sri Sri Ravi Shankar had reportedly offered to mediate in the Ram Temple row for an out-of-court settlement.

Meanwhile, Sri Sri Ravi Shankar on Monday addressed about 100 school children during the Bal Chetna Shivir, a programme aimed at helping the kids rise to their potential through various stress-elimination techniques.

The programme was organised by the Art of Living Chandigarh Chapter.

The students in the 12-15 age group attended the session and had an interactive session with Sri Sri Ravi Shankar.