India   All India  07 Nov 2017  Happy ending as HC allows Rajasthan's 'Hadiya' to live with her Muslim husband
India, All India

The 22-year-old woman was sent to a state-run shelter after her brother alleged that she was forcibly converted to Islam and married. 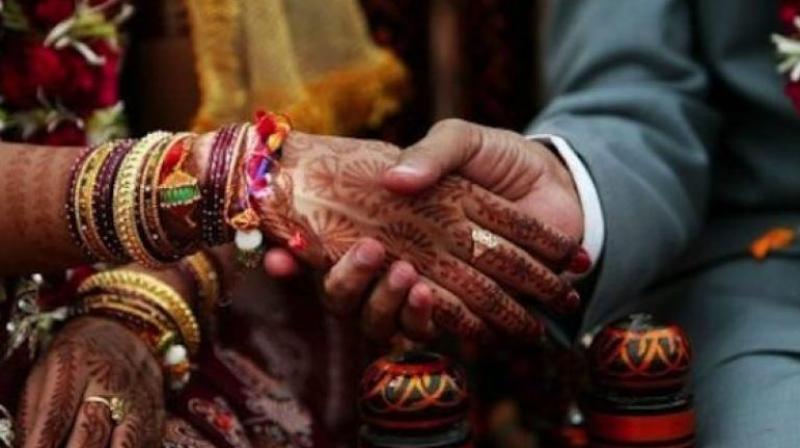 The woman's counsel objected to her being kept at the shelter and contended that as she was a major, she should be free to exercise her will.  (Photo: Representational/File)

Jaipur: It was happy ending for Payal alias Aarifa whose case was identical to Kerala’s ‘Hadiya’. The Rajasthan High Court on Tuesday accepted her right as an adult and allowed her to go wherever she wanted to. And, the 22-year old girl told the court that she wanted to live with her husband Faiz Modi.

Payal’s brother Chirag had filed a habeas corpus in the Rajasthan High Court last week accusing the police of not registering his FIR against Faiz whom he accused of kidnapping and blackmailing her sister into forcefully marrying him.

Chirag claimed that her marriage certificate was also fake. His lawyers said Payal’s marriage was a case of ‘love Jihad’ and the police were not paying attention to growing number of such incidents.

Even the court was not convinced with the marriage certificate produced by Payal alias Aarifa’s husband and in-laws.

The division bench of Justice Gopal Krishna Vyas and Justice Manoj Garg commented if religious conversions could be recognised on the basis of affidavits on a stamp paper of mere Rs 10. "In this way, tomorrow, even I could address myself as Gopal Mohammad," the court had remarked while asking the state government if there was any law governing conversions.

However, Payal reiterated her statement, which she gave in the court last week, that she had married Faiz on her will and wished to go to her husband’s house. When the judges asked her if she was under any pressure, influence or threat, she categorically denied. She was then allowed to go with her husband under police protection.

Interestingly, her family on Tuesday admitted that Payal and her husband Faiz were childhood friends. "They used to study together in school, now what can one do about that," said her father, Narpat Singhvi, who was disappointed with her daughter’s decision.

Tension prevailed outside the high curt after the order. Activists of right wing organisations gathered in large numbers and raised slogans against Aarifa being allowed to go with her husband. They misbehaved with her lawyers, who asked the court to provide him protection.

The lawyers association also protested manhandling with a senior lawyer and went on strike.

The case coincides with the controversy over Hadiya, a 24-year-old Kerala woman born Akhila Ashokan, who had converted to Islam and married a Muslim. Her marriage has been challenged in court by her father, who alleged that it was a form of recruitment by ISIS in Kerala. The high court had annulled the marriage in May this year and sent her to her father’s custody.

Her husband had moved the Supreme Court, which in August ordered the National Investigation Agency (NIA) to probe the alleged forced conversion of Akhila.

However, last month a new apex court bench headed by Chief Justice Dipak Misra observed if the case warranted an NIA probe and also raised questions about on the high court order.