India   All India  07 Nov 2017  Top ministers will fan out to claim demonetisation ‘victory’
India, All India

Top ministers will fan out to claim demonetisation ‘victory’

Jaitley had last week said that the BJP-led NDA will celebrate “Anti-Black Money Day” on November 8. 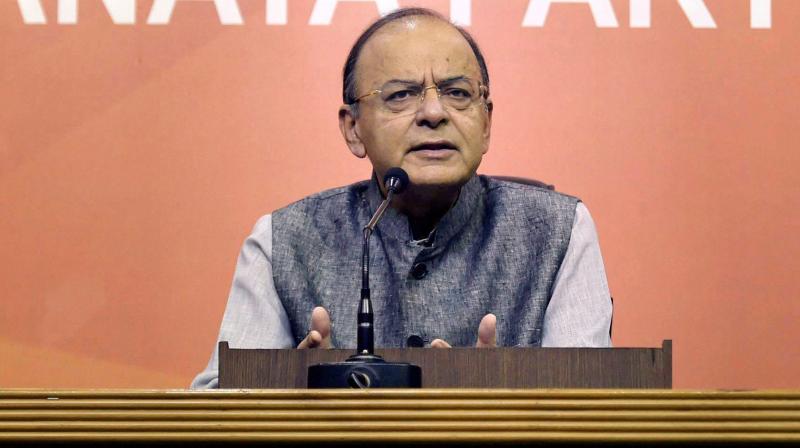 New Delhi: The Centre is all set to project the demonetisation exercise as a major victory against black money ahead of the first anniversary of the decision on November 8. Several top Union ministers and BJP leaders, led by finance minister Arun Jaitley, will travel to all the four metros as well as other major cities as part of a major media blitz-krieg to spread the message of the move’s benefits a year down the line.

The entire exercise is aimed at countering the united Opposition’s protests which it has planned across India against demonetisation on November 8.

Information and broadcasting minister Smriti Irani and defence minister Nirmala Sitharaman will interact with the media on the same day (November 8) in Lucknow and Chennai respectively. Railway minister Piyush Goyal will hold fort in Ahmedabad simultaneously. Jayant Sinha, minister of state for civil aviation, will emphasise on the long-term benefits of the note ban exercise in Kolkata on the same day.

Senior BJP leader Sushil Modi will talk about the benefits of demonetisation in Patna on November 8. Petroleum minister Dharmendra Pradhan held a press conference in Bhubaneshwar on Monday.

Mr Jaitley had last week said that the BJP-led NDA will celebrate “Anti-Black Money Day” on November 8. The announcement had come after most of the Opposition parties had said they would observe November 8 as a “Black Day” and hold protests across the country to highlight demonetisation’s “ill-effects” on the economy.