Total 50,356 new coronavirus infections were reported in a span of 24 hours, while 53,920 recoveries were recorded during the same period 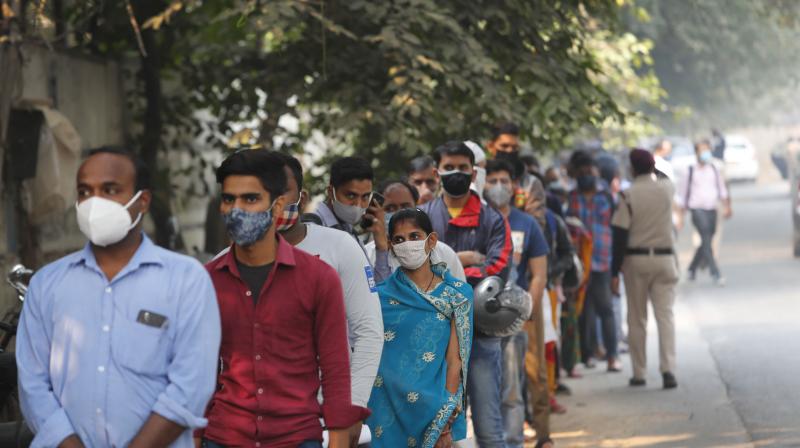 New Delhi: Delhi overtook Maharashtra and Kerala by reporting 7,178 COVID-19 cases in a span of 24 hours, becoming the largest contributor to the new 50,356 single day infections, according to Union Health Ministry on Saturday.

A total of 50,356 new coronavirus infections were reported in a span of 24 hours, while 53,920 recoveries were being recorded during the same period, it said.

The trend of India's daily new COVID-19 recoveries exceeding the single-day cases for the last five weeks played a pivotal role in pushing down the active caseload which is presently pegged at 5.16 lakh cases and comprises 6.11 percent of total cases, the ministry said.

"This trend has been observed for the last five weeks. This also played a pivotal role in pushing down the active caseload which is presently pegged at 5.16 lakh," the ministry said.

The last five weeks have seen a continuous decline in average daily new cases of COVID-19.

The active cases are on a sustained decline as a result of the aforementioned trend, the ministry said.

The number of people who have recuperated from the disease has surged to 78,19,886, pushing the national recovery rate to 92.41 percent. The recoveries exceed active cases by 73,03,254.

The ministry said that 79 percent of the new recovered cases are observed to be concentrated in 10 states and UTs.

Maharashtra continues to have the maximum number of single-day recoveries. As many as 11,060 more recoveries have pushed up the state's tally to 15,62,342.

In keeping with the national trend, 18 states and UTs are reporting a higher recovery rate than the national average.

Also, 577 case fatalities have been reported in a span of 24 hours.

More than 27.9  percent of new fatalities reported are from Maharashtra (161 deaths). Delhi and West Bengal follow with 64 and 55 new deaths respectively.