India   All India  07 Nov 2020  Kamala Harris set to be new US Vice President: What would it mean for India?
Newsmakers

Kamala Harris set to be new US Vice President: What would it mean for India? 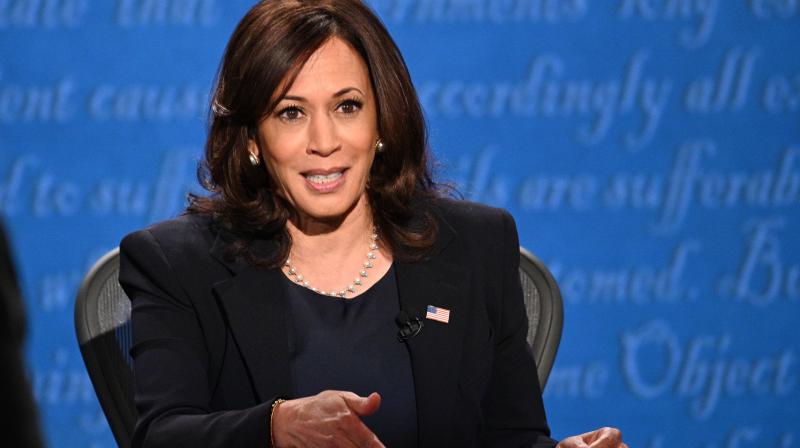 Kamla Devi Harris, the Democratic vice -presidential nominee, has been in news over the past few months and even more so now as Joe Biden inches closer to becoming the next President of the United States of America.

With Harris looking set to takeover as United States' first woman, African-American and Indian-American Vice President, here is a look at her political journey and what her vice-presidency could mean for India-US ties.

Harris, 56, has served as the junior United States senator from California since 2017. Harris had also served as the Attorney General of California between 2011 and 2017 and as the District Attorney of San Francisco from 2004 to 2011.

On November 12, 2008, Harris announced her candidacy for the state's attorney general. She was sworn in on January 3, 2011, becoming the first woman, the first African American, and the first South Asian American to hold the office in the state's history. On November 4, 2014, Harris was re-elected against Republican Ronald Gold, winning 57.5 per cent of the vote

In 2016, she contested for US Senate elections and upon winning, emerged as the second African American woman and the first South Asian American to serve in the United States Senate

As a senator, she has advocated for reforms in the healthcare sector, federal descheduling of cannabis, a path to citizenship for undocumented immigrants, ban on assault weapons, and progressive tax reform.

She rose to prominence during Senate hearings of Trump administration officials, including US President Donald Trump's second Supreme Court nominee Brett Kavanaugh, who was accused of sexual assault.

Born to a Jamaican father and a Tamilian mother from Chennai, Kamala has not been shy of embracing her connection with her roots. In fact, she has managed to use her ethnicity to appease the minority and gain more supporters for her party in the presidential elections.

When Kamala was announced as Biden's Vice-Presidential candidate, in her acceptance speech she gave a shout-out to her "Chithis" (Tamil for aunts), talked about her mother, who came to the United States from Chennai as a breast cancer researcher, and also mentioned her Jamican father. In doing so, Harris connected with several constituencies at the same time, including 4.5 million Indian Americans, 1.9 mn of whom are eligible to vote.

Back home, Indians are thrilled by the prospect of an Indian-origin woman occupying the second-highest political office in the US. This was evident when banners and placards of Harris popped up across the southern city of Chennai, the hometown of Harris' mother, days after she was  picked as the US Democratic Party's vice-presidential nominee.

WHAT KAMALA’S NOMINATION MEANS FOR INDIA AND INDO-US RELATIONS

The Indian American community was exhilarated by her selection. "Harris’ vice-presidential candidacy has galvanized a large section of the Indian American community to turn out to vote. On balance, while the Harris pick might not change a large numbers of votes (given the community’s historic Democratic tilt), her candidacy is linked to greater enthusiasm for the Democratic ticket," read a survey report by Carnegie.

“For India, who wins might not make any material difference in the long run, but in the near term, a Trump win is likely to benefit IT along with chemicals and tiles, whereas a Biden presidency would be better for pharma. We would hold on to our portfolio bias: global reflation, IT and pharma,” analysts at Edelweiss Securities were quoted by The Economic Times as saying.

Harris' rise to the second-most powerful position in the US has sparked speculations in the Indian media and business sector over what it could mean for US' relations with India.

Trump has often neglected questions on various matters relating to India. While the US president was attending gala events during his visit to India in February, riots broke out in Delhi that left over 50 people dead.

While Trump has hobnobbed with authoritarian leaders like Kim Jong Un, Biden had expressed disappointment with the Indian government over its new citizenship law and called for the restoration of the rights of Kashmiris after the abrogation of Article 370 and Article 35A in August 2019.

While Harris did not take a definitive stand on either of these issues during the campaign trail. Yet, during he course of her campaign, she has established herself as a defender of human rights.

G Balachandran, Kamala Harris' uncle and a New-Delhi based academic, in the past said that Harris' commitment to human rights and her sense of justice is due to the influence of her mother and maternal grandfather.

He had also expressed confidence that Harris would not let her Indian heritage influence her stand on human rights abuses in the country.

“She likes India, obviously her family is Indian but that doesn’t mean she gives a free pass to everything that India does. She will not accept somebody saying, ‘It’s done in India, so why are you stopping it?’ She’ll say, ‘Look it may be India but is something which should not be done, which is against my feelings’,” he told Hindustan Times.