Congress candidate Ajay Rai had challenged Modi's election alleging among other things that there were discrepancies in nomination papers. 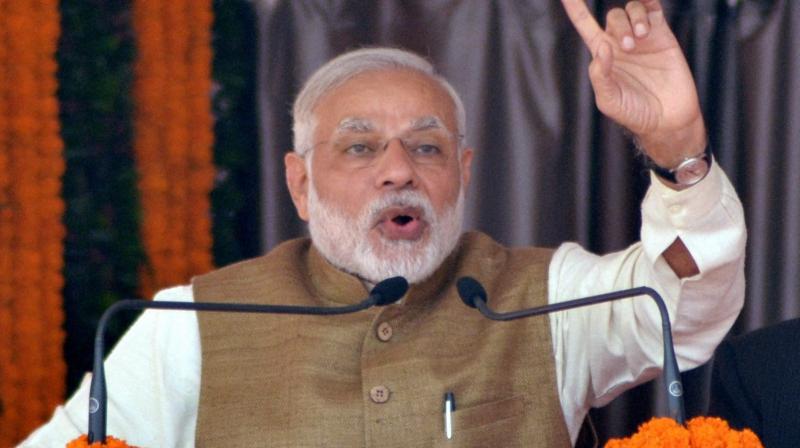 Allahabad: The verdict by Allahabad High Court on a petition challenging election of Prime Minister Narendra Modi to Lok Sabha from Varanasi was further deferred on Tuesday.

Justice Vikram Nath, who on Tuesday began dictating order on the petition by losing Congress candidate Ajai Rai, said the dictation of the judgement shall continue on Wednesday.

Rai had challenged Modi's election alleging among other things that there were discrepancies in his nomination papers, that the expenses on campaign had exceeded permissible limits and religious sentiments were exploited through slogans like "Har Har Modi".

The Congress candidate had finished third and forfeited his deposit in the electoral battle wherein Modi defeated his nearest rival Arvind Kejriwal of the Aam Aadmi Party by a margin of 3.71 lakh votes.

Rai had moved the court in June, 2014, less than a month after the result was announced.

"We had argued that first of all there was no illegality in stating not known against columns meant for the assets and liabilities of one's spouse," Modi's counsel and Additional Solicitor General of India Satya Pal Jain said on Tuesday.

"A candidate could be held guilty of concealing facts on this count only if he or she is well aware of the assets and liabilities of the spouse and still declines to divulge the details. The petitioner had failed to establish the same and the court appeared to be in agreement with our contention," added Jain, who is also a member of BJP national executive.

"Moreover, the court also took note of the fact that following our strong rebuttals, the petitioner had agreed not press a number of other allegations made in the original petition, which include bribing of voters through distribution of freebies, appealing to religious sentiments and creating animosity between members of different communities," Jain added.

He said the petitioner chose to stick to two points - alleged discrepancies in nomination papers, "which was struck down by the court today - and expenditure on the campaign of Modi exceeding the permissible limits. The latter point is likely to be decided tomorrow when the court resumes dictation of orders".