They also raised slogans demanding punishment for those involved in anti-Sikh riots of 1984 and other communal violence in the country. 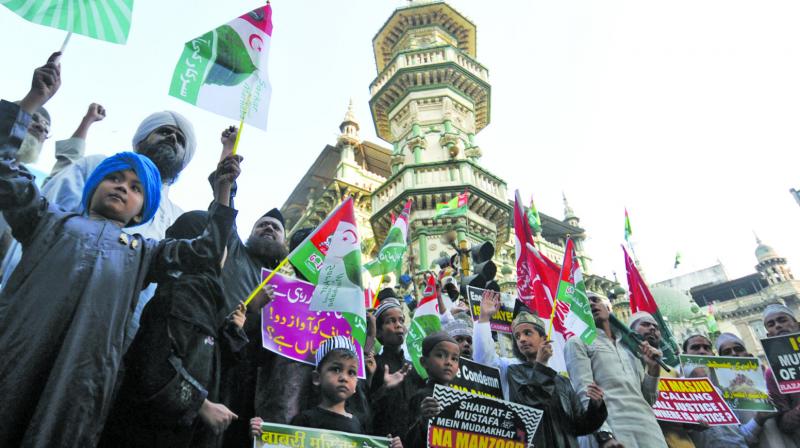 New Delhi: Several organisations demanding punishment to persons guilty for demolition of Babri Masjid on Wednesday took out a march and held rally at Jantar Mantar on its 24th anniversary.

They also raised slogans demanding punishment for people guilty for demolition of Babri mosque in Ayodhya, anti-Sikh riots of 1984 and other communal violence in the country.

"The rally represents the unity of action of all justice-loving and democratic people, who are fighting for their democratic and human rights," said Birju Nayak of Lok Raj Sangathan.