India   All India  07 Dec 2016  Congress, Rahul’s Twitter accounts hacked from US, 4 other countries
India, All India

Congress, Rahul’s Twitter accounts hacked from US, 4 other countries

The Delhi police even received a reply on Twitter through the IP address used by suspects. 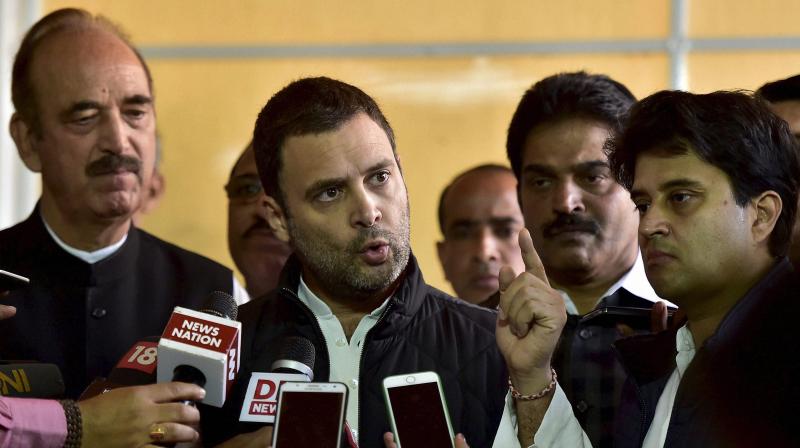 New Delhi: The cyber cell of Delhi police reportedly received a reply on Twitter from the IP address which was used by suspects who were behind the hacking of Congress and Rahul Gandhi’s accounts on the popular micro-blogging site.

According to ANI sources, Twitter handle logs shows that both Rahul Gandhi & Congress' accounts were operated from 5 countries - Sweden, Romania, US, Canada and Thailand.

Rahul Gandhi’s official Twitter account was hacked on November 30 and several expletive-laden tweets were posted on the page. The very next day, Congress’ official twitter handle was also taken over by hackers.

Congress’ chief spokesperson Randeep Surjewala had filed a complaint with the EOW of the Police in the case. Both the ministry of electronics and IT (MEITY) and the Delhi police are working on the case.

Congress had blamed the hacking on “fascist” forces, a term it uses for BJP, which hit right back saying it showed the main Opposition party’s “mental bankruptcy”.

Blaming “fascist” forces for the hacking, Congress chief spokesperson Randeep Surjewala had said, “it reflects the extremities of an intolerant culture that resorts to abuse when cornered and claimed the party has fought such hatred with Gandhian compassion and tolerance.”

The BJP hit back at Congress for pointing fingers at it and its supporters, saying it showed the opposition party’s “mental bankruptcy” as it blamed the main ruling party for everything that went against it.

“We absolutely reject the charge. It only shows Congress’ bankruptcy that it blames BJP for everything. When court asked their leaders to appear in National Herald case it blamed BJP, when summons were issued later it still blamed BJP, and now it is blaming BJP for something completely unrelated to the party,” BJP national secretary Shrikant Sharma said. He demanded that Congress to tender an apology for making such a “baseless” allegation.