A team of officers of the NIA will reach Jammu shortly to visit the crime scene and commence the investigation. 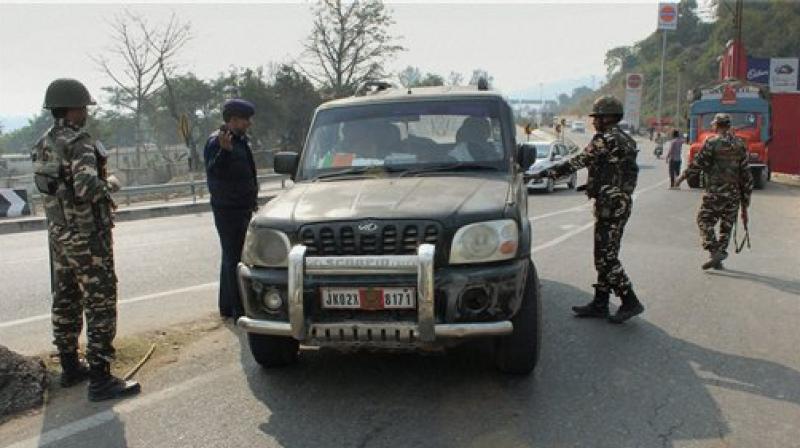 The National Investigation Agency has been given the charge of probing the terror attack at an army camp in Jammu and Kashmir's Nagrota. (Photo: PTI)

New Delhi: The National Investigation Agency has been given the charge of probing the terror attack at an army camp in Jammu and Kashmir's Nagrota in which seven security personnel were killed.

"The Nagrota terror attack case has been handed over to the NIA for investigation," Union Home Secretary Rajiv Mehrishi told reporters.

Following the Home Ministry order, the NIA police station at New Delhi has re-registered the case (FIR 221/2016) registered at Nagrota Police Station under Jammu police district as NIA case no RC-16/2016/NIA/DLI for offences under different sections of the Ranbir Penal Code and sections of the Arms Act, 1958.

A team of officers of the NIA will reach Jammu shortly to visit the crime scene and commence the investigation. The NIA will also place the FIR before the NIA Special Court at Jammu, the agency said.

"The case at the Nagrota police station was registered on the basis of information that on November 29 some heavily armed unknown terrorists, on the directions of their foreign handlers, had entered into the army Camp at Nagrota, near the Baleeni bridge and started indiscriminate firing upon the army personnel with the intention to kill them," the NIA said in a statement.

The actions of the terrorists constitute scheduled offences under various sections of the Unlawful Activities Prevention Act, 1967.

Seven army personnel, including two Major-rank officers, were killed and eight other security men injured in the terror attack carried out by three heavily-armed terrorists, who were also eliminated in the fierce encounters on November 29.

NIA, which was formed in 2008, functions as the country's central counter-terrorism law enforcement agency.