India   All India  07 Dec 2016  Nilgiris was a second home for Jayalalithaa
India, All India

Nilgiris was a second home for Jayalalithaa

‘Amma’ visited as early as 1992, when she became the Chief Minister of the state after the victorious 1991 elections. 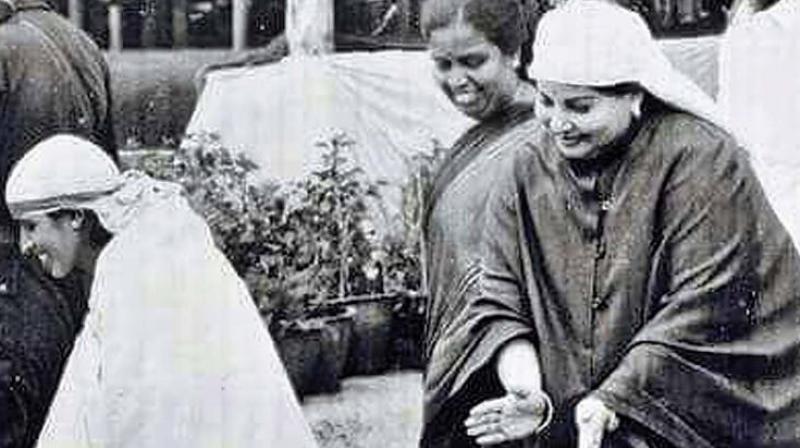 Jayalalithaa, wrapping a cloth around the head like the Badaga women in Nilgiris, seen dancing with Badaga women during the flower carnival in Ooty in 1992. (Photo: DC)

OOTY: Nilgiris used to be the second home for Jayalalithaa. Over the past 25 years, she visited the district many times, made Kodanad her camp office on a few occasions and shook legs with Badaga dancers a couple of times in the hills.

‘Amma’ visited as early as 1992, when she became the Chief Minister of the state after the victorious 1991 elections. In May 1992, she inaugurated the annual flower show and flower carnival where she sportingly danced with Badaga dancers. She visited Ooty in 1992 July to stay for a week, and again in August 1994 and May 1995 when she inaugurated the 100th flower show in the Government Botanical Garden.

Ms. Jayalalithaa again visited the hills for election campaigning a couple of times in 1997 and 2001, and stayed for a week in September 2003 as Chief minister. In 2004, she visited a couple of days and in 2005, came to ‘Singara’ to inaugurate the underground hydropower station.

While she was the leader of the opposition during 2006-2011, she visited Kodanad quite a few times and in 2007 September, led a protest rally against the DMK government. In May 2008, she visited a temple of the Badagas and also danced with them there.

Back in power in May 2011, Jayalalithaa visited Kodanad in June 2012 and stayed for a few weeks when Kodanad estate became her camp office. On January 1 in 2013, she was back again and on January 4 in 2013, flew in a chopper to Yedakadu village near Kundah to inaugurate the golden jubilee of the co-op tea factory there.

On January 9 that year, she launched the ‘Pongal gift package’ scheme in Kodanad, and in 2013, unveiled an MGR statute in Kotagiri. She continued to visit this place in 2013 and 2014. She was back during October 2015, when she drove to Kotagiri to garland MGR’s statue to celebrate AIADMK Foundation Day. That turned out to be her last visit to the hills.