PM ready to speak in Parliament on note ban: BJP

The BJP also passed a party resolution claiming that the people of the country had welcomed the move to demonetise old notes.. 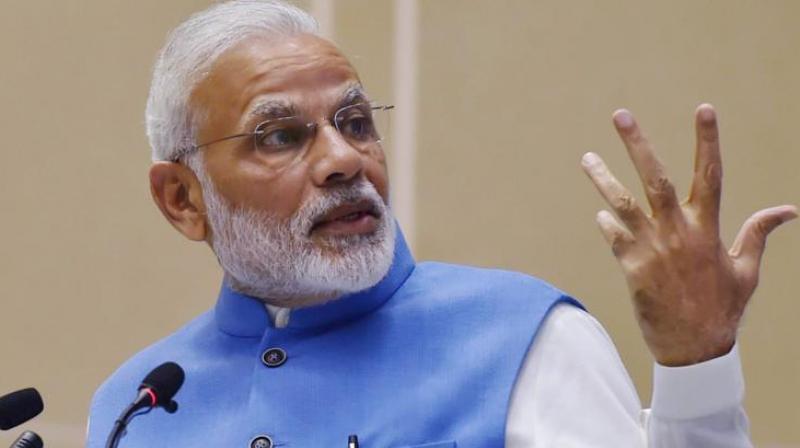 New Delhi: The issue of demonetisation of old 500 and 1000 rupee notes continued to rock the Rajya Sabha on Wednesday virtually washing out its proceedings, even as the government dared the Opposition to resume discussion on the issue rather than disrupting the House.

Both the Zero Hour and the Question Hour were disrupted as members of the Treasury and Opposition benches resorted to sloganeering over the issue leading Deputy Chairman P J Kurien to adjourn the proceedings till noon. Similar scenes were witnessed at noon forcing Chairman Hamid Ansari to adjourn the House again till 1400 hours.

While Congress wanted to know who was responsible for the death of at least 84 persons in hardships caused due to the "unplanned" demonetisation, other opposition parties including SP and BSP wanted Prime Minister Narendra Modi to apologise for putting the common man to hardship.

Finance Minister Arun Jaitley blamed the Opposition for using the tactics of disruption on a daily basis rather than resuming the discussion started on the first day of the winter session on November 16 and which is yet to conclude.

The government, he said, had not wasted even a minute to agree to a debate on the issue. It also agreed to the rule under which the debate is to be conducted as well as to thedemand that Prime Minister Narendra Modi will participate in it, Jaitley said.

But instead of participating and concluding the debate, the Opposition has been using the Zero Hour to raise the issue for "getting footage on TV rather than listening to substantive facts on the issue. ... If the Opposition has the guts, the debate should resume," the Leader of the House said.

Immediately thereafter, BJP members started raising slogans like "himmat hai to charcha karo (If you have guts, discuss the matter)."

Jaitley also raised a point of order saying how can the Chair allow an issue on which substantial portion of debate has happened, to be raised during Zero Hour again.

Kurien agreed with the Leader of the House and asked the Opposition benches if they were ready for a discussion.

As Treasury benches continued to shout slogans seeking resumption of discussion, the Opposition members raised slogans daring Modi to come to the House and listen to the debate. As the din continued, Kurien adjourned the proceedings till noon, and then again till 2 pm.

Earlier, Leader of the Opposition Ghulam Nabi Azad said 84 persons have died in hardships caused due to the demonetisation issue in last one month.