Phule has been critical of her party over several issues, particularly on those related to dalits. 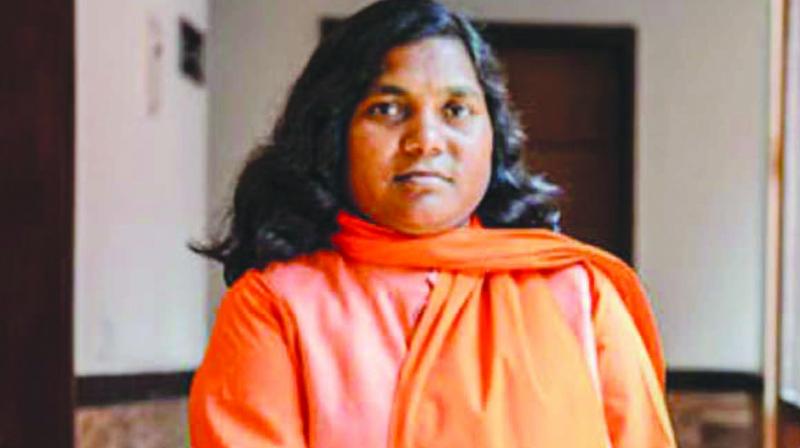 Lucknow: In a major jol top the ruling BJP, its MP from Bahraich Savitribai Phule on Thursday  resigned from the party saying that it “is trying to create divisions in the society”. Ms Phule said that she has resigned from primary membership of the BJP on the death anniversary of B.R. Ambedkar.

“I have left the BJP because its governments are unleashing a great conspiracy against dalits and their rights. I will now hold a mega rally in Lucknow on January 23 and make some disclosures,” she said.

Ms Phule has been critical of her party over several issues, particularly on those related to dalits. A day ago , she had targeted UP chief minister Yogi Adityanath for his comments on the caste of Lord Hanuman.

“If Yogi Adityanath really loves dalits then he should love them more than he loves Lord Hanuman. Has he ever embraced any dalit? He might have been eating out dinner at dalit households, but the cook was not dalit. There are Assembly polls and they don’t have any issue left so they are terming Hanuman as dalit. They just want to take dalit votes but now dalits, backwards and tribals in the country have understood their drama,” she added.

The BJP MP also demanded that if Lord Hanuman was a dalit as claimed by Yogi Adityanath, then dalits should be appointed as priests in the all the Hanuman temples across the country. She has also alleged that Lord Hanuman was a slave of ‘Manuwadi’ people.

“When he did all for Lord Ram with devotion, he should have been made a human and not remained a monkey. At that time also he had to face humiliation due to being a dalit. Why can’t we dalits be considered humans?” she asked.

During a rally in Rajasthan, Yogi Adityanath had said, “Lord Hanuman was a forest dweller, deprived and a Dalit”.

Bajrang Bali worked to connect all Indian communities together, from north to south and east to west.”