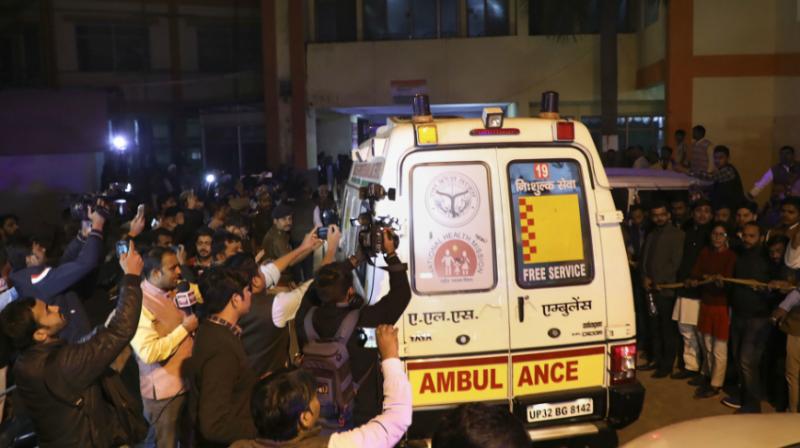 She was air-lifted to from Uttar Pradesh on Thursday evening. (Photo: PTI)

New Delhi: Referring to the encounter of four rape accused by the police in Telangana on Friday, the father of a 23-year-old Uttar Pradesh woman, who dies at a hospital in Delhi, said that he wants the accused to be ‘shot dead’. The UP woman suffered burn injuries after she was set on fire by men accused of raping her.

Read | Out on bail, UP rape convict tries to kill victim, sets her on fire; 5 accused arrested

The woman’s brother told news agency ANI, “I have nothing really to say. My sister is no more with us. My only demand is that the five accused deserve death and nothing less.”

The woman who suffered 90 per cent burns after she was set on fire on Thursday died of a cardiac arrest at Delhi's Safdarjung Hospital on Friday night. She was air-lifted to from Uttar Pradesh on Thursday evening.

"She suffered a cardiac arrest at 11:10 pm. We tried to resuscitate her, but she could not be saved. She died at 11:40 pm," said Dr Shalabh Kumar, Head of Department (Burns and Plastic), Safdarjung Hospital.

Read | Was kept as sex slave, UP woman told police in March FIR

In a police complaint, the woman said she was thrashed and stabbed before being set on fire near her village in Unnao by five men, including two she had accused of raping her and their fathers. The woman, in her burnt state, was conscious all the way to the hospital, where she gave a statement to the police identifying all five attackers.

Tags: up crime, up police, gangrape, crime, crime against women