The journalist also appreciated the support that Chandigarh media, Delhi media and even international media has shown to her cause. 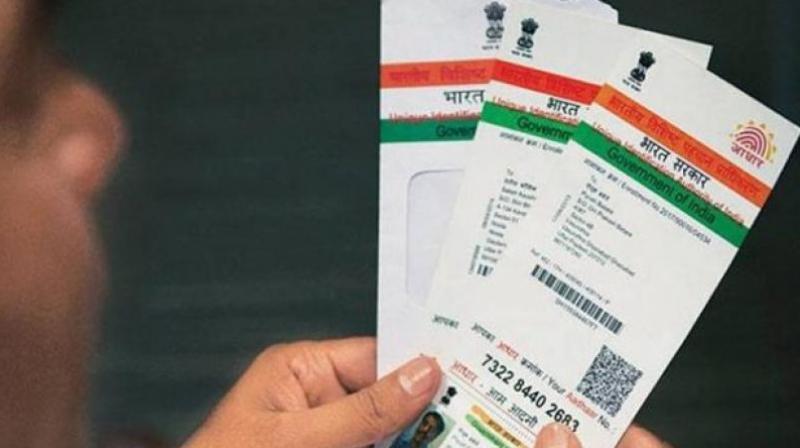 The journalist had claimed that she received an offer to buy access into the Aadhaar database in exchange of only Rs 500 and was given login details to access the data. (Photo: PTI)

Mumbai: Rachna Khaira, the journalist against whom Unique Identification Authority of India (UIDAI) filed an FIR said on Sunday that she has just revealed the "tip of the iceberg" in her report and there was "much more to come" based on her investigations.

"I must tell you that we have just exposed the tip of the iceberg. We have almost completed our entire investigation. It's better that the UIDAI understands the legality and the sensitivity that is involved in this kind of investigation. We have got much more than what we have exposed so far and which we are going to bring up in the next few days to come," Ms Khaira told NDTV.

Khaira expressed that she was happy that the UIDAI had taken some action based on her reports.

"I think I have earned this FIR. I am happy that at least the UIDAI has taken some action on my report and I really hope that along with the FIR, the government of India will see what all breaches were there and take appropriate action," she told PTI.

The Tribune journalist also appreciated the support that Chandigarh media, Delhi media and even international media has shown to her cause.

"I am also happy that the report has been applauded by the big names in the media. 'The Tribune' is providing all the legal assistance to me," she said.

The Editor's Guild of India had earlier condemned the action taken by UIDAI, saying the FIR was "unfair, unjustified and a direct attack on the freedom of the press."

"We regret very much that the authorities have misconceived an honest journalistic enterprise and have proceeded to institute criminal proceedings against the whistleblower. We shall explore all legal options open to us to defend our freedom to undertake serious investigative journalism," said the statement released by The Tribune Chief Editor Harish Khare.

In the earlier report, The Tribune had claimed that it received an offer to buy access into the Aadhaar database in exchange of only Rs 500 and was given login details to access the data.

Their journalist tried to key in an individual's Aadhaar number and was able to see all demographic details of the concerned person.

The UIDAI denied the breach of Aadhaar data, but also said that it has given the "search facility" for grievance redressal to designated personnel and state government officials to help residents, that too only upon entering their Aadhaar number.

"The reported case appears to be an instance of misuse of the grievance redressal search facility," UIDAI had claimed, also maintaining that this allowed an access only to demographic details and the biometric details database continue to remain safe.