‘We want to send a clear signal to the Centre that people are against the policies of the government,’ Mass Orgs convenor Suhas Naik said. 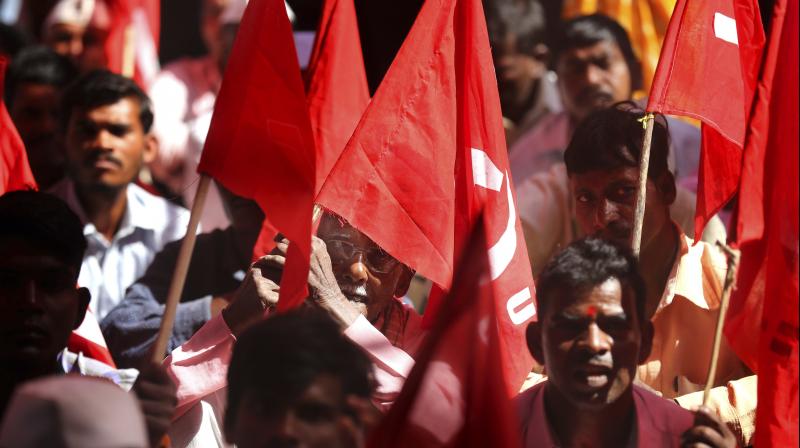 Around 5,000 workers from various organised and unorganised marched from Panaji bus stand to Azad Maidan - a distance of around 3 kms. (Representational Image | AP)

Panaji: Thousands of workers walked in a march in the Goa capital on Tuesday in support of the two-day nationwide strike called by Central trade unions against the government's alleged anti-worker policies and unilateral labour reforms.

However, normal life remained unaffected in Panaji and other parts of the coastal state where local unions would observe a strike Wednesday.

"In Goa, we have decided to hold a rally on Tuesday and total bandh on Wednesday, which is different from the national programme," Goa Convention of Trade Unions and Mass Organisations convenor Suhas Naik told PTI.

Around 5,000 workers from various organised and unorganised sectors like transport, state-run departments, ports, banks and insurance companies, walked in a march from the Panaji bus stand to Azad Maidan, a distance of around 3 kms, on Tuesday morning.

"We want to send a clear signal to the Centre that people are against the policies of the government," Naik said, adding that markets, banks and other institutes will remain closed tomorrow.