The escape of Naveed from a hospital was planned at Srinagar's central jail, J&K police chief SP Vaid said. 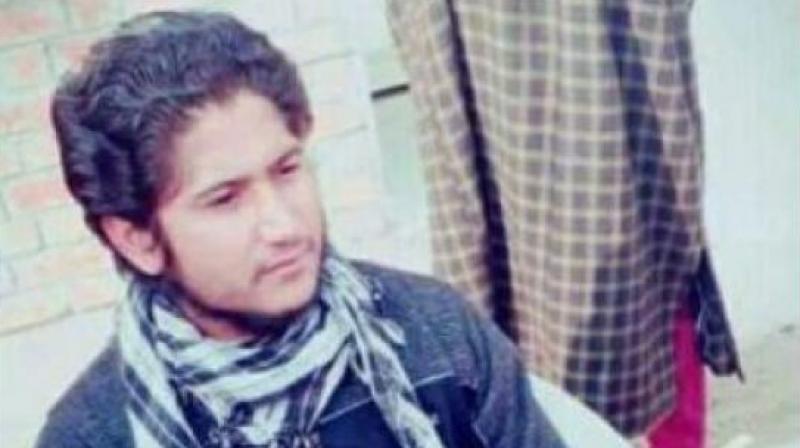 Pakistani Lashkar terrorist Naveed Jutt escaped on Tuesday when he was taken a hospital for a routine check-up with five other prisoners. (Photo: ANI | Twitter)

According to reports, the police said they have tracked down the motorcycle and the vehicle that was used for the getaway.

The escape of Pakistani Lashkar terrorist Naveed, when he was taken to government-run Sri Maharaja Hari Singh (SMHS) Hospital for a routine check-up with five other prisoners, has led to a detailed controversy.

Jammu and Kashmir home secretary told NDTV that the superintendent of Rainawari central jail has been suspended after the incident.

The daring escape of Naveed from the Srinagar hospital was planned at the city's central jail, NDTV quoted the J&K police chief as saying.

Militants opened fire in the hospital when the prisoners, along with Naveed were brought into the Out Patients' Department (OPD). Two who were accompanying Naveed were shot dead while Naveed managed to flee from the clutches of police.

According to reports, someone handed a pistol to Naveed, which he used to shoot two policemen before managing to flee through a crowded hospital complex in broad daylight.

Lashkar-e-Taiba commander, Naveed, had been at the Srinagar Central Jail since 2016, two years after he was arrested from Kulgam in south Kashmir.

"Definitely someone in the jail is involved. It was a well-planned escape which has been planned inside the jail. It cannot be coordinated without that," Director General of J&K police, SP Vaid told NDTV.

A special investigation team (SIT) is examining what happened.

On Wednesday, the Hizbul Mujahideen terror outfit owned the attack in an audio clip and claimed that Naveed had reached south Kashmir.

Police chief, Vaid said that Naveed managed court orders for his imprisonment in Srinagar, even though as a matter of policy, all Pakistani terrorists are kept in prisons outside Kashmir.

"We had information about Pakistani terrorists conspiring in the Srinagar Central Jail. We tried to shift him outside the Valley but he managed a stay order from the court," said Vaid.

The top officer said Pakistani terrorists who come to Kashmir to kill and die take advantage of the system and its weaknesses.

Naveed personally knows Lashkar chief Zaki-ur-Rehman Lakhvi, the mastermind of the 26/11 Mumbai attacks, and is likely to take over as the terror outfit's chief in Kashmir, the police believe.

A resident of Multan in Pakistan, Naveed was arrested in June 2014 at Yaripora in Kulgam. According to police records, he is involved in several killings.

The police chief said corrective measures are being taken for fortifying the security in prisons to avoid such major lapses.